When hearing resumed on Friday 26 March, in the ongoing treason trial involving Lang Tombong Tamba and seven others, Ebrima Marreh the principal witness told the court that he first learnt of the alleged coup plot at a meeting held at the office of the former Inspector General of Police in Banjul.

He said this was prior to the three meetings purportedly held at the houses of the former CDS in Kololi and Bijilo.

Marreh said it was at that meeting that he was told that one Kukoi Samba Sanyang was on the verge of making a coup attempt.

Ebrima Marreh, who was testifying under cross-examination by defence counsel Hawa Sisay Sabally, said those present at the meeting included the Director General of the National Intelligence Agency (NIA), former Inspector General of Police, and the Director of External Security (DES) of NIA.

He told the court that none of the alleged accused persons currently standing trial were present at the meeting that took place at the IGP's office in Banjul.

Below we reproduce the continuation of the questions and answers of the cross-examination of the witness, Ebrima Marreh, by defence lawyer Hawa Sisay Sabally:

Q- Mr. Marreh in your evidence-in-chief and that of your statement of 21st November 2009 you made mention of Rui Jabbi Gassama.

Q- You said he was called by the first accused person (Lang Tombong), and he promised to be in The Gambia within two days?

Q- At which of the meetings was Rui Jabbi Gassama called?

Q- Did he come as scheduled?

Q- Where did you see him?

Q- Then the duration between the second and third meetings would have been two or three days?

Q- At these meetings, did you say anything?

A-My contribution was the assignment given to me.

Q- Did you say anything?

Q- Mr. Marreh, when you were interrogated by the panel you never mentioned the names of Lie Joof and Yousef Ezzeden the 7th and 8th accused persons respectively.

A-Their names were mentioned, and that was why they were arrested.

Q- I put it to you that at the time of that interrogation the 7th and 8th accused persons were already arrested.

A-No. I was the first person who was interrogated, and their names were mentioned.

Q- Did you remember the date of their arrest?

Q- I put it to you that before you faced the panel, all the accused persons, in particular Lie Joof and Yousef Ezzeden, were arrested.

Q- Do you know that Yousef Ezzeden the 8th accused person was released?

Q- I put it to you that Yousef Ezzeden was only arrested after your statement on 8th February 2010.

Q- After you gave your statement on 8th of February 2010, were you confronted with the 8th accused person in respect of your statement?

Q- I am putting it to you that there was no confrontation.

Q- And in that statement you mentioned Lie Joof, the 7th accused person?

Q- Was there any confrontation between you and the 7th accused person, Lie Joof?

Q- I put it to you that there was no confrontation?

Q- You remember signing the statement?

Q- Can you tell the court where those statements were made and recorded?

Q- I put it to you that the statement of the 8th February 2010 was made at the office of the Director of Public Prosecutions, Ministry of Justice.

Q- Can you tell the court why on 8th February 2010, the statement was made?

Q- When was this?

Q- Did you mention all these accused persons: Omar Bun Mbye, Lie Joof and Yousef Ezzeden in your 8th February 2010 statement?

A- I mentioned the names of Omar Bun Mbye, Lie Joof and Yousef Ezzeden to the person who was writing my statement.

Q- I put it to you that's incorrect?

Q- Did you have an opportunity to read all your statement before signing?

A- Because I thought what I said was what was written in it.

Q- In actual fact, you did not write anything personally?

A- It's my own handwriting.

Q- In the statement of the 11th February 2010, you indicated that you were told that Kukoi wanted to make a coup, and not Lt. General Lang Tombong Tamba. You said that meeting was held at the office of the then IGP and that you were present?

A- That is not in my statement.

Q- In your 11th February 2010 statement you said you were called by the then DIG, and you were told that one Kukoi Samba Sanyang wanted to make a coup?

A- Yes, it is in my statement.

Q- You said that there was a meeting at the office of the IGP in Banjul?

Q- You said that in that meeting, the DG NIA, IGP, DES NIA and others were present, is that correct?

A- Yes, it is in my statement.

Q- And you said in that statement that there was another man who was present in the meeting?

Q- When was this meeting at the IGP office held?

Q- Were you present at that meeting?

Q- In that meeting, what was your participation?

A- I was sent there to listen.

Q- Mr. Marreh, are you an errand-boy?

Q- Mr. Marreh, I am putting it to you that your statement of the 8th February 2010 only dealt with Yousef Ezzeden, the 8th accused person.

Q- But you have already told the court that your statement, which was recorded on 8th February 2010, contained the names of Omar Bun Mbye, Lie Joof and Yousef Ezzeden the 2nd , 7th and 8th accused persons respectively.

A- The writer told me that it was not necessary to mention Omar Bun Mbye, the 2nd accused person and Lie Joof the 7th accused person.

Q- I put it to you that it was unnecessary because in your statement of 3rd February 2010, you have mentioned Omar Bun Mbye, the 2nd accused person and Lie Joof the 7th accused person.

A-The statement was not read to me.

Q- Who is Ebrima Ceesay?

Q- You said you spent the night at Lt Colonel Yerro Jallow's house?

Q- And you dined with him?

Q- You said he dropped you at the border on the following day?

Q- I am putting it to you that he had never dropped you.

Q- Was there any snap ambush at the border?

A- I am not a security officer, and I don't know.

Q- Mr. Marreh what happened at the border?

Q- The people you were to welcome did you see them?

Q- Do you know whether they have come at all?

Q- I put it to you that you did not see them, because you were not to meet anybody?

Q- How did you get to Farafenni, and how did you return back to Banjul? 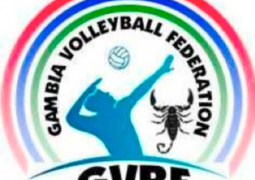