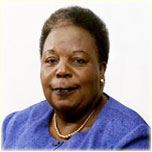 The Eleventh Ordinary Session of the Pan African Parliament (PAP) opened on Monday 18th May in Midrand, , with issues as to how prepared the African continent is to deal with the current world economic crisis being top on the agenda.

The ordinary session, which is expected to last for two weeks, will among other things examine the review of the Pan African Parliament Protocol, oversight the budget of the African Union, present the decisions of the 12th Assembly, report on the Ghana elections and other institutional matters.

In her opening address, Dr Gertrude I. Mongella, President of the Pan African Parliament, said the economic crisis is definitely going to affect . According to her, the question now is how prepared is to deal with the economic crisis?

"We heard of the G20 putting up mechanisms to salvage themselves but do we expect them to come and help do our work for us? We cannot say that this is a crisis of the developed world but we have to revisit and seriously debate and come up with recommendations for the African people who will be suffering because of this crisis", she told parliament.

She noted that while the Pan African Parliament has every reason to rejoice in the successes it has achieved, it should bear in mind that there are still major challenges faced by the organization during the last five years.

Among the key challenges, Dr Mongella added, are resource mobilisation and capacity building for the needs of the Pan African Parliament, Communication and connectivity to diverse cultural, linguistic and political systems of the African continent among others. These imperfections, she went on, tend to eclipse or even ridicule the many successes they have achieved.

In his keynote address to the parliament, Dr John Dramani Mahama, Vice President of the said the world is currently caught in the grips of an unprecedented economic crisis, a crisis that is not the making of .

"We do not have a mortgage crisis. Indeed as a result of weak mortgage markets property ownership in , from our simple mud and thatch houses to the beautiful urban villas are almost 100% owner financed and yet faces the danger of being the worst affected if this global crisis prolonged," he said.

According to the Ghananian Vice President, while our financial institutions have avoided the worst forms of this crisis due to stronger 20th century style regulation, declining remittances and collapsing commodity prices might still erode the modest gains we have made in the last two decades.

The crisis, he added, poses a great danger to but also opens new possibilities to our continent. "The accompanying food crisis must reveal to us that the abandoned and long suffering African farmer must become a focus of our attention. We must assist our farmers to modernize and increase productivity in order to be able to feed us," he stated.

Vice President John Mahama also maintained that must turn away from the well-lit supermarkets stocked with large quantities of imported food products that we have a comparative advantage to produce ourselves.

Also part of the opening session of the Pan African Parliament was the swearing-in ceremony of 16 new members of the Assembly from different countries.