I cannot go in these

David’s curriculum vitae, on his first encounter with king Saul, did not seem impressive. Not only did he have a tender frame as a youngster but he had nothing to show by way of proven record that he had fought with, or conquered giants before. Apparently, all he had to his credit was that he had slaughtered a lion and a bear that threatened his flock. “Your servant has been keeping his father’s sheep. When a lion or a bear came and carried off a sheep from the flock, I went after it, struck it and rescued the sheep from its mouth. When it turned on me, I seized it by its hair, struck it and killed it. Your servant has killed both the lion and the bear …. The Lord who delivered me from the paw of the lion and the paw of the bear will deliver me from the hand of this Philistine.”(1 Samuel 17:34-37)

Was he convincing? Did he make any impact? No! By the time his encounter with king Saul ended, we see him clad in an attire that was not his. The king “dressed David in his own tunic. He put a coat of armour on him and a bronze helmet on his head.” (1 Samuel 17:38) By this gesture, the king was saying he did not have much confidence in David – thus confirming what he had said earlier: “You are not able to go out against this Philistine and fight him; you are only a boy, and he has been fighting from his youth.” (1 Samuel 17:33) Indirectly, king Saul’s message to David was, I appreciate your enthusiasm and zeal for offering to face the giant Goliath, but David you are taking an uncalculated risk. Goliath is neither a bear nor a lion; he is an experienced man of war. Goliath is no boy’s play. However, if you should insist, wear this; it might do you a world of good.

When David left home he was supposed to have been on his dad’s errand; to take some “roasted grain and ten loaves of bread” to three of his brothers who had been drafted in Israel’s army. They were fighting alongside Saul, the king of Israel, who was waging war against the Philistine army. His brothers were old enough for combat, but David himself was still tending his father’s sheep. As his father needed his services, he entrusted the flock to another shepherd and found himself right in the middle of an affray. One would have thought it was a chanced encounter, but not really - for God was ordering David’s steps for His glory. He was going to pitch him against Goliath who represented paganism and all those nations that were making life difficult for God’s chosen people.

David’s spiritual thermometer burst into ‘high fever’ when he ventured to the frontline and heard the Philistine champion belching “his usual defiance” against the army of the mighty One of Israel. He could not have witnessed such a scene and return home with a clear conscience. He had to intervene; he had to lift the challenge, for the glory of the God he served. What must have appalled him most was that the entire Israelite army was driven by fear to the extent that no one could do anything about Goliath’s threats.

Yes, there was an enticing reward for the one who would kill this menace of a Goliath – great wealth and the king’s daughter in marriage with tax exemption to boot. But was that what David was after even though he had enquired: “What will be done for the man who kills this Philistine and remove the disgrace from Israel? Who is this uncircumcised Philistine that he should defy the armies of the living God?” (1 Samuel 17:26) It was not so much the prize money that caught David’s attention; it was the shame that the whole army of Israel stood inert and browbeaten before Goliath. By accepting the status quo and being seemingly helpless, the army of the living God psychologically, had been defeated by Goliath.

King Saul heard David’s boast and invited him in. Despite David’s ability to go ahead with his plan in the light of his experience with a lion and a bear, the king was sceptical of the young man’s prowess. It must have been misplaced and exaggerated youthful exuberance no doubt. At this point the king thought it prudent to offer David protection in order to limit the damages. Take my personal armoury and he put them on David. Watch this, if the armoury was that good why wouldn’t the king have worn it himself to face Goliath in the first place?

Was David being polite when he put on Saul’s armoury or did he genuinely want a feel of it? Whatever the case, soon after he donned them, he felt ridiculous and awkward and was obliged to shed them. Then he said to the king, ‘I cannot go in these.’

Notice David was not afraid to tell the king to his face that his military gear was inadequate and inappropriate after he had tried them on. He did not observe any protocol doing so. He was frank about the way he felt. How do you feel in borrowed clothes? No doubt they were oversized and heavy for a lad his age. He even added ‘I am not used to them.’ David was not playing games. He addressed the issue upfront. He must have looked and felt ridiculous in that military gear and he did not hide it. The account continues, “So he took them off.”

How many of us would have been bold enough to react the way David did? It was not a matter of pride; it was a matter of being unable to function in a realm that he was not trained for. However hard David would have tried, he could not have been comfortable in that outfit. And he was not being hypocritical either. He did not dilly-dally over the matter. “I cannot go in these.”

There is a lot we can learn from David. First we have to be able to speak out. If he had gone to fight with such gear he would have been clumsy to say the least, because he was not accustomed to it. It would have meant his sure downfall. He would have put his life on the line and would have headed for destruction. He was frank and honest to tell the king rather than become easy prey for Goliath who was a trained soldier.

We should not be ashamed of what we do not know, neither should we pretend it is all right when it is not. It was the life of David that was at stake, not that of the king. Did the king insist that David should wear his armoury? No. Deep down in his heart I believe the king must have said ‘last prayers’ for David, because the lad was heading for imminent disaster and nothing could have saved him from the hands of Goliath.

The truth is that David could not have gone in those apparels because the Lord was about to use him in a mighty way for the glory of His holy name. 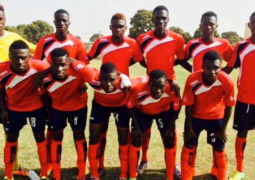