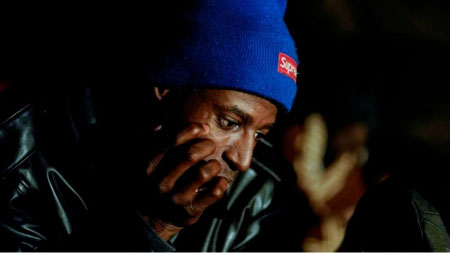 Rome, Italy - Before arriving in Italy, Koffi (not his real name), a 29-year-old from Ivory Coast, did not know much about lasagna.

Training as a chef with the social cooperative Aiperon introduced him to a brand new world.

A humanitarian residence permit holder, Koffi came to Italy after his family at home was threatened. He was later abducted in a Libyan detention centre and then, finally, made a perilous journey across the Mediterranean Sea.

Since 2016, he has lived within the public-funded reception system for refugees in the southern city of Caserta, north of Naples. He has been provided with an apartment and studied at a local school.

“We received a lot - an education and a regular document to stay here. Training gave me a better hope for the future,” he said.

However, the enactment of an anti-migrant decree could soon tear all his dreams apart.

The document cracked down on asylum rights by abolishing the “humanitarian protection” - a residence permit issued for those who do not qualify for refugee status or subsidiary protection but were deemed as vulnerable.

This means losing their houses and possibly missing out on language classes and traineeships.

On December 19, the Italian Ministry of the Interior issued an official communication compelling these permit holders to leave the reception system by the end of the year.

A further letter sought to remove asylum seekers from integration schemes and transfer them into other reception centres.

“We had no communication whatsoever before the 19,” Maria Rita Cardillo, the legal officer of the programme in Caserta, told Al Jazeera.

“All the projects had previously received an exceptional extension until June, so we expected a prolongation for the beneficiaries too,” she said. “Moving out those with of a humanitarian permit in days during the Christmas holidays and with no foreseen alternative is absurd.”

Caserta hosts eight holders. Half of them are disabled and have stayed inside the reception system for between six months and two years.

“Some would not be able to live outside,” said Cardillo, concerns shared by other social workers.

“People could end up in the streets in the middle of the winter,” said Filippo Miraglia, who works with ARCI, a network of committees and cooperatives involved in cultural and social activities, hosting roughly 3,000 refugees in 80 aid and reception schemes.

Miraglia first sounded the alarm over the consequences of the ministry’s decision, which he says is based on a mistaken interpretation of the security decree.

“According to the law, humanitarian protection holders could remain inside the system until the end of their programme,” Miraglia said. “And the town halls will renew most of these for another three years.”

After the official communication went public, the interior ministry on December 21 attempted to clarify its instructions.

“None of the 1,428 holders of a humanitarian residence permit who are currently enrolled in SIPROIMI will end up on the streets,” it said in a statement.

Local town halls will now decide whether to keep the affected people in the reception programme.

However, both Cardillo and Miraglia remain sceptical of this solution, fearing that bureaucracy will slow down the whole process.

“Even if there is a new reception programme for humanitarian protection holders in seven months, what should we do in the meantime?” Cardillo said.

After this August’s political crisis of the coalition government, between Salvini’s far-right League party and the populist Five Star Movement, followed by the appointment of technician Luciana Lamorgese as the new interior minister, social and humanitarian workers had hoped for radical change in Italy’s migration policy.

However, they are slowly losing hope.

“The minister of interior wants to avoid an open conflict with the Five Star Movement,” Miraglia said. “So they are not seeking to overturn Salvini’s policies.”

Tired of waiting, the coalition of civic society organisation, Table for Asylum, has called for a demonstration in front of Italian prefectures on December 27.

In the meantime, Koffi and his fellow humanitarian holders and asylum seekers can do little more than wait. “What should I do now?” he said, as he reflected on his future. 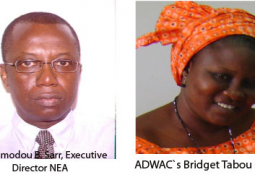