A girl (name withheld), who is standing trial for breaking and stealing at the Kanifing Magistrates’ Court, was also alleged to have stolen some money from remanded prisoners at the court premises.

This was made known to the court on 24 December 2019, by Prosecutor Sanyang. He applied for the bail for the accused to be revoked. He submitted before Magistrate Dunn-Njie that the accused is standing trial before the court and is on bail. He adduced that some orderlies gave the accused D600 to buy some food for remanded prisoners but she was nowhere to be found as she had escaped with the money.

He stated that was why she failed to appear in court, adding that she was not remorseful as she had a pending case before the court. He further adduced that her sureties should show cause why they should not forfeit the bail bond to the state. He said that because of her absence the case could not proceed.

In her ruling, the presiding magistrate told the court that the accused had been coming to court regularly and that was her first time to be absent from the court. She stated that the court would give her the benefit of the doubt to see whether she would be present in court on the next adjourned date. She argued that what the prosecutor told the court was an allegation and speculation, noting that the orderlies were negligent because they know that people should not be given money to buy food for remanded prisoners, let alone an accused person.

She further said that the court does not rely on speculation, further stating that the prosecutor should have prepared another charge sheet against the accused for allegedly stealing the money. Subsequently, she told the court that if the accused failed to appear on the next adjourned date, her bail would be revoked.

The matter was accordingly adjourned for continuation. 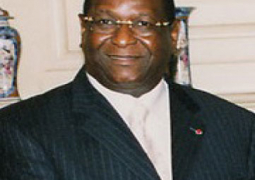