The trial of Ousman Njie and Lamin Njie continued yesterday at the Bundung Magistrates’ Court before Principal Magistrate Fredrick Foster.

When the case was announced, the prosecuting police officer, Jarju, informed the court that the 1st accused person, Lamin Njie, was a remand prisoner.

The case was then adjourned to 12 October 2011, for the defence to open their case.

According to the charge sheet, in 2011 at Latrikunda in the Kanifing Municipality, the accused persons, Ousman Njie and Lamin Njie, broke the padlock and entered the house of one Mustapha Saine. 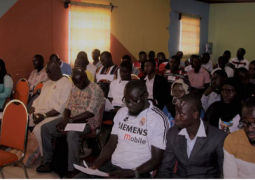