As part of his valuable contribution to Gambian Sports, the Mayor of Banjul and also ex -student of Saint Augustine High School Samba Faal on behalf of Banjul City Council yesterday conferred the honorary citizenship of the city of on Father Joseph Gough.

Father Gough, as he is fondly called, was appointed to missionary works in The Gambia to the Catholic Mission in 1972 and became a household name due his participatory activities in Gambian Sports.

He served in St Augustine High from 1972 to the early 80s as teacher and climbed the ranks to become Vice Principal and Principal of the school. During this period he made various developments at the school in terms of sporting activities and the schools educational curriculum.

Some of his achievements at the school included helping to win the Soccer league 11 times as coach of the Saints Soccer team and encourage Saints to be the best in Basketball, Volleyball and Athletics.

He founded and managed the Young Africans football Club and Roots football teams.

Due to his experience in identifying talent, he was appointed selector to The Gambia National Football Team in 1983.

Based on these achievements, the Mayor of Banjul, Samba Faal, Conferred honourary citizenship on Father JosephGough

Mayor Faal stated that father also has a good relationship with the Muslim community.

In accepting the honor bestowed on him, Father Gough thanked Banjulians and Gambians in particular for the honour he added that the award is dear to his heart noting that many of his students are now prominent civil-servants in the government.

During the ceremony as part of his philanthropic gesture, Father Gough launched an annual scholarship for the needy students in . To start the fund he presented a cheque for 1,000 Euros to the mayor of and also a trophy, three footballs and a history book 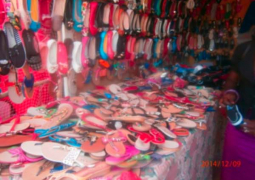 GCCI Marche Jula - a site of attraction for women 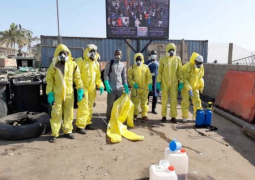