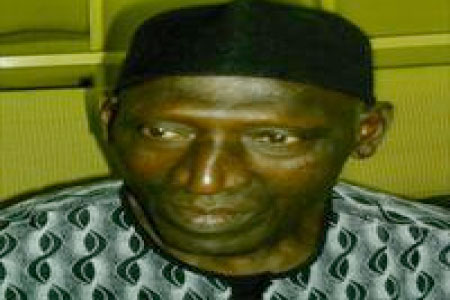 Sedia S. Jatta, the National Assembly Member (NAM) for Wuli West has said that legal mindedness is not a requirement to be an ombudsman, stating the person needs substantial administrative or professional experience but not the legal experience as indicated by Minority Leader Samba Jallow.

Hon. Jallow said that Baboucar A. Suwaneh, President Adama Barrow’s nominee lacks the legal judgment or investigative skills to be appointment the ombudsman.

Hon. Jatta, who was speaking during an Extraordinary session on the appointment of the ombudsman on Friday at the National Assembly Chamber said the president has not put the cart before the horse; arguing that section 164 of the constitution mandates the president to appoint an ombudsman in consultation with the Public Service Commission subject to confirmation by the National Assembly, which he has done.

Hon. Jatta added that Standing Order 114 (2) mandates the Public Appointments Standing Committee to consider and advice, report upon all appointments to a public office to be by the executive, subject to confirmation of the National Assembly and any other matter, which he said was done by the committee.

Hon. Jatta, however, argued that issues raised by the committee are not the issues that disqualify Baboucarr A. Suwaneh as his academic qualification vis-a-vis experience prove that he has the substantial administrative or professional experience.

According to him, the ombudsman’s office is powerless for the past years as it has been existing for the sake of existing. He said this rendered the office not performing its functions because it did not have power. “We have reports in the parliament about former government of cases in which people were unjustly dismissed and ombudsman reacted to their dismissal but they refused and they are not restated.”

He noted that the ombudsman has been recommending things and no one had ever come to implement them. He defined the meaning of the ombudsman, saying that if one is unjustly treated and fired, it’s the ombudsman who will make sure that you are treated justly.