The appeal filed by defence counsel Ousainou Darboe on behalf of Femi Peters for a stay of proceedings at the Lower Court was heard yesterday before Justice Moses Richards of the Special Criminal Court of the High Court in Banjul.

Femi Peter is standing trial at the Kanifing Magistrates' Court on charges of control of procession and use of a loud speaker.

At yesterday's hearing of the appeal, Lawyer Darboe told the court that the application was filed to seek an interim order for a stay of proceedings at the Lower Court, pending the hearing of an appeal at the High Court.

He said an important constitutional issue needed to be dealt with, and urged Justice Richards to send a notice to the Lower Court for a stay of proceedings.

In response, Principal State Counsel S Bakum said he was holding brief for the state, and informed the court that the DPP who was handling the case is out of the jurisdiction. He undertook to inform the DPP when he returns.

Subsequently, the case was adjourned to 14 March 2010.

According to the notice of appeal, the appellant in this case was dissatisfied with the ruling of the Kanifing Magistrates' Court, presided over by Ikapala on 23rd November 2010.

The appellant was, therefore, appealing to the High Court based on the following grounds:

That the learned Magistrate erred in law when he refused to refer to the Supreme Court for the determination of the constitutional question as formulated for reference;

That Section 127 of the Constitution does not vest any discretion in any Lower Court in which an application for reference to the Supreme Court is made.

That the learned Magistrate erred in law when he held that he must be satisfied that a constitutional issue has arisen before he could refer any matter to the Supreme Court under Section 127 of the Constitution;

That by the said holding the learned Magistrate embarked upon an interpretation of the Constitution, a matter reserved for the Supreme Court; and that this was in complete disregard of the provisions of Section 127 of the Constitution.

The grounds of the appeal also stated that the learned Magistrate read into Section 127 matters which the framers of the Constitution have excluded therefrom.

Another grounds for appeal further stated that the learned Magistrate exceeded his jurisdiction when he in effect decided that he does not see how the Public Order Act is in conflict with the Constitution, and by so deciding usurped the interpretative jurisdiction and functions of the Supreme Court. 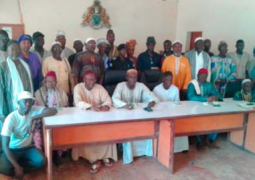 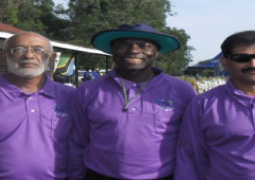