A torrential rain in Sami Pachonki in the Central River Region on Monday reportedly destroyed more than 10 compounds in the village and its surroundings, resulting to the destitution of over 100 people.

According to reports gathered by this paper, the downpour, which was accompanied by heavy winds, thunder and lightening, blew off roofs and fell some buildings in the area, leading to colossal loss in properties. However, there were no reports of casualties at the time of going to press but reports have it that the storm has made it virtually impossible for many people, especially farmers, to carry on their farming activities.

The issue of heavy downpours, which has in the recent past been making headlines, is said to have affected thousands of people since the beginning of this year's rainy season.

Speaking to this paper over the phone last morning, Pa Kebba Dibba, a resident of the area, said: "The unfortunate incident lasted for almost two hours. It has left us with a lot of maintenance work as lots of properties were destroyed during the heavy rain."

"If you take a stroll around the village these days, you meet many people mending their collapsed fences and buildings that were destroyed by the rain," he said.

The affected individuals, who described the incident as unbelievable and unprecedented, appealed to government, non- governmental organisations and philanthropic individuals to come to their aid. 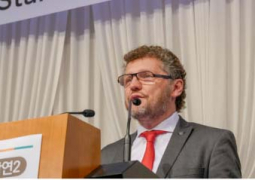