The Ministry of Health and Social Welfare in collaboration with Odilleh Hunting Society of Banjul Saturday held an Ebola carnival to sensitise the public about Ebola prevention.

The carnival was also part of activities marking the 50th anniversary of the Odilleh Hunting Society.

The carnival began with a match past from July 22nd through Banjul City Council to the Cathedral Hall, where members of the public where sensitised on Ebola prevention.

Speaking on the occasion, Abdoulie Bah, Mayor of Banjul commended the Ministry of Health and Odilleh Hunting Society for the initiative, which he also described as a step in the right direction.

Mayor Bah thanked President Yahya Jammeh for his support towards health over the years, noting that they would do their best in supporting the society at all times.

Binta Sidibeh, Executive Director Women’s Bureau, also commended President Jammeh for his visionary leadership and commitment towards the development of the nation. Mrs Sidibeh, who is also the mother of Odilleh Hunting Society, thanked Mayor Bah and everyone for their support.

Odilleh Hunting Society is the oldest hunting society in the country, she announced.

Dr Tekanyi gave the history of the virus, as well as the epidemiology, transmission, clinical management, case definition, screening procedures, infection prevention and control, physical support, death/movement of burial remains, among others.

He described Ebola as a major public health issue in sub-Saharan Africa.

Dr Ramatoulie Drammeh gave the statistics since the outbreak, describing Ebola as dangerous hence the need to protect ourselves and to be prepared. 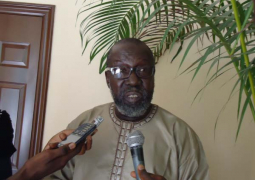 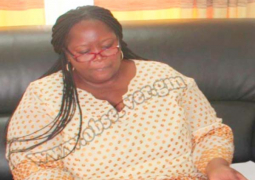