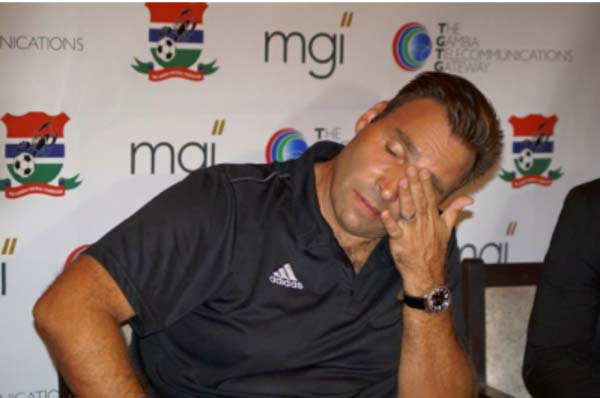 The head of the Gambia National Team, coach Raoul Savoy, has had his contract terminated by the Gambia Football Federation.

“We have had a mutual agreement among the stakeholders to terminate the services of Raul,” GFF 2nd VP Ebou Faye announced.

“The coach himself has been contacted about this development,” Faye said, adding: “We want to move on, it is important that we take a different approach.”

The search for an immediate replacement has begun and, according to officials, the GFF is not limited to only a foreign coach.

According to executive committee member Bakary K. Jammeh, the mutual agreement was reached by all the parties, and “I must say that it is a very happy ending”.

“The GFF remains on course and will continue to focus on its strategic football development plan, which is not a short-term agenda,” Mr Jammeh added.

Savoy was appointed head coach of the Scorpions in May, 2015 and the termination of his contract followed a sting of poor results.

His tenure as the coach of the Scorpions in the last seven months was full of dismal performances. He led the Scorpions to the famous one-all draw against South Africa in Durban, in his first official mission.

The Scorpions under Savoy picked up two points in a possible twelve - one in the 2017 African Cup of Nations qualifiers and the other in the double legged tie against Namibia in the 2018 World Cup preliminary rounds - results that left many questioning his ability.

During his tenure, there had also been situations where it appeared he wasn’t appreciated much by some of the players, citing his issue with Ousman Jallow and Modou Barrow recently.

“The GFF and its partners, the government through the Ministry of Youth and Sports and the National Sports Council and our main sponsor of the national team, Multimedia Group International, have agreed to terminate the services of Rauol Savoy. This means that the termination is based on mutual consent.”

He added that the termination is geared towards the rebuilding process the GFF has envisaged. “We also considered the results of the team during Raoul’s tenure,” Faye said.

The first vice president, Abdoulie Star Jallow, thanked Raoul Savoy for the job he did for The Gambia and wished him well in his career.

The GFF will focus on its strategic development plans, which include the promotion of grassroots football, GFF member Bakary K. Jammeh said.

The plan, according to him, is to build a team that will compete well in future continental and world championships.

“The focus is to use the bottom-up approach of building a team. So we will go back to the schools, develop youth football and the national league; and while we will be doing this we want a coach who will be here to see the talents we have,” Jammeh said.

He also said they want to restructure the football academies in the country to be better, ensure that the right ages are playing in their right places and to give the second division the right consideration.

“This will make our league clubs better and once our clubs are producing better players, we will have a pool of players in Europe to scout for national duties,” he said.

Jammeh added that the GFF also wants to use football to forge links that will help in the development of the game in The Gambia, citing the visit of the Glasgow Girls to The Gambia as an example.

“Our aim is not to get results that will not be sustainable. We want to do this with a coach who shares the same vision with us, and has the right approach to getting there one day,” he said.

Meanwhile, the Executive Director of the National Sports Council, Marcel Mendy, in his remarks, stated that the GFF and the government have enough frameworks that if followed and supported could bring good results for the country.

What is needed is funding, he said, although all the funding could not necessary come from the government or the GFF.

“This is why we partner to put up an investment plan to help fund our joint activities. But even if we have all the resources in the world, if the personnel to utilize the resources aren’t there, we will remain where we are. We need the right personnel to fit in the right medium,” Mendy said.

Concluding, he added: “Funding football is expensive, but we will face it because we are tired of just competing.” 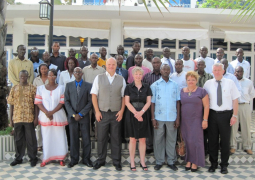