The Minister of Health and Social Welfare, Dr Omar Sey, Monday tabled two motions, the National Science, Technology and Innovation Policy, 2015 and the Regional Convention for the Recognition of Studies Certificates, Degrees and other Academic Qualifications in African States.

The health minister tabled the two motions on behalf of the Minister of Higher Education, Research, Science and Technology before the National Assembly members for ratification.

Minister Sey further informed deputies that the development of scientific, technological and innovative potentials assumes increasing importance in today’s rapidly changing and globalising world, where prosperity depends on the generation, application and dissemination of new knowledge, skills and competencies.

This policy consolidates the actions of government in ensuring that STI features effectively in the country’s overall development agenda, he said.

The policy articulates the nation’s common objectives and commitment to create synergy for the development, and effective utilisation of STI for the socio-economic transformation of The Gambia, and its increased integration into the world economy, he added.

“It is erected on two fundamental foundations namely, STI for Development, and Policy for STI that will endure that STI is mainstreamed into, embraced and implemented by all ministries, government agencies, private sectors and other relevant stakeholders,” said Minister Sey.

On the regional convention for the recognition of studies, certificates, diplomas, degrees, and other academic qualifications in African states, the Health Minister said there is ample evidence that education is a catalyst to sustainable socio-economic growth and development, and the certificates, degrees, and other qualifications attached to these educational achievements are critical in terms of their harmonisation and recognition in the African continent.

The acceptance and recognition of foreign academic and professional qualifications, and granting the holder of such qualifications the same rights enjoyed by nationals of that countries “are important aspects of this convention”, he said. 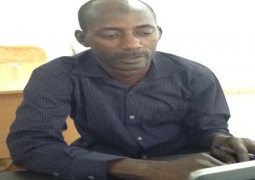 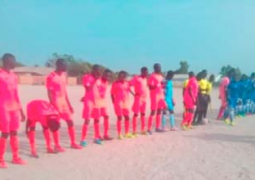