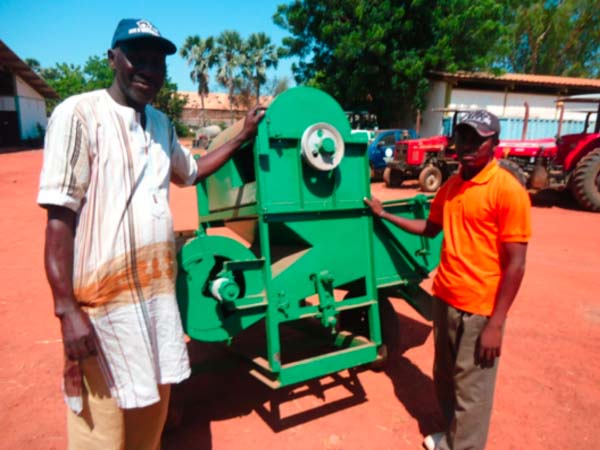 The head of Agriculture Engineering Unit under the National Agricultural Research Institute (NARI) has called for the relocation of the unit workshop from its current location close to the Yundum Military Barracks.

The unit head wants the workshop to be relocated at a site close to NARI in Brikama.

Martin Gomez spoke to this reporter during the handing over of a threshing machine to the community of Boiram village in the Central River Region.

He said some of his unit’s constraints include inadequate human resources and trained staff.

Building the capacity of the staff, and also employing more staff in agricultural engineering remains a major concern, Gomez added.

Other constraints at the unit workshop include a lack of equipment, Gomez revealed, adding that they use manual labour to do the work.

Lack of constant electricity supply, and the need for a standby generator to ensure the smooth running of their workshop was also highlighted by Mr Gomez.

He thanked NARI for their support, despite the limited resources, and said they still need more support from the government, in particular.

Gomez also thanked the Canadian government for funding the project through NARI.