The Gunjur Youth and Sports Development Association last Friday presented a pledge of D3000 to the GFA Marketing Committee, at a ceremony held at the office's of the Chief of Defence Staff for the Gambia Armed Forces, as part of their contribution towards the operation of FIFA U-17 World Cup, to be hosted in Nigeria from 24th October to November 2009.

He further stated that the money presented to the Marketing Committee would go a long way towards helping the U-17 team in their preparations for the 2009 FIFA U-17 World Cup and the training camp in the .

In presenting the sum, the Secretary-General of Gunjur Youth and Sports Development Association, Abdou Janneh, said that despite the fact that Gunjur has been the poorest major Nawettan zone in the country his association is delighted to support the U-17 team as part of their preparations for the 2009 FIFA U17 World Cup.

He expressed his association's willingness in supporting the various national teams and expressed optimism that GYSDA would continue to contribute towards the development of football in the country. 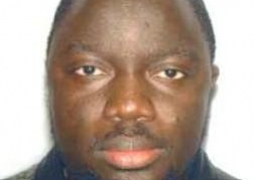