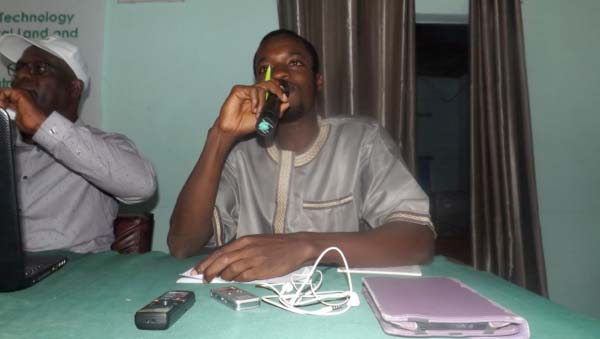 The maiden national youth summer camp organised by the Global Youth Innovation Network Gambia Chapter (GYIN Gambia) has ended on Sunday at the Rural Farmers’ Training Centre in Jenoi, Lower River Region (LRR).  It was held from 24 to 31 July, 2016.

Organisers said the weeklong event, dubbed ‘The Entrepreneurship, Leadership and Information Technology (ELIT 2016) Summer Camp’, has availed rural youth the opportunity to demonstrate their abilities, plans and share among themselves, experiences in their various initiatives and ventures.

Ebrima Bah, chairperson of ELIT 2016, said the organisation of the camp stem from ambitious discussions among the youth (participants) through social media and several live meetings to scale up the spirit of self-reliance.

ELIT 2016 has availed the participants the opportunity to interact, discuss and review case studies on different aspects of life with a view to learn and to adopt the models that suit their own progress.

Mamadou Edrisa Njie, GYIN Gambia national coordinator, said challenged all GYINers (the name for GYIN members) to be focused and take up initiatives.  He said young people should be committed to the development of one another and to the community and the country as a whole.

He noted that most rural youth are poor due to the nature of their small-scale farming or lack of job security, low incomes and limited schooling.

“As a result, these youths seek independence through self-employment in small businesses or emigration to urban centers,” Mr Njie said.  “Those who decide to remain in the countryside are beset by constraints caused by lack of assets such as capital, land, experience and limited guidance in developing business projects.”

While commending the Nema project for supporting ELIT 2016, Mr Njie called on the project to support awards as recognition for excellence in entrepreneurship for rural youth.

Miki Jawla, Low Land Officer of Nema project, LRR, said Nema has opened its doors to the youth and women and it is now their (youth and women) responsibility to take advantage of the project and get access to its grants and other opportunities for skills development outside The Gambia.

He called on the youth to have a vision and to work towards achieving that vision, saying Nema funding is available to young rural youth with vision.

He said the thematic areas of the camp were very important for the participants’ personal and communal development and the country’s economic development.

Musa Jarra, the youth coordinator in LRR under the Ministry of Youth and Sports, said the topics for the summer camp were apt and that Gambian youth must embrace opportunities like ELIT 2016 that are available to them.

“Your role as young people is the need to recognize your potentials and to utilize them to your maximum benefit,” he said.

Banky Njie, business development officer, Nema Project, said Nema is working with the private sector to increase the supply of affordable food and ensure it is available to people who need it most.

He said through the project, they build farmers’ access to finance and markets.

Mr Njie noted that ELIT 2016 Summer Camp for 45 young people was very timely as it has allowed rural youth to use their energies, explore their potentials and demonstrate their abilities and experiences in their various business initiatives.

Abou Njie, deputy governor of LRR, told the participants that “you are not here on tourism; you are here to learn and learn for the better.”

He said he was not a surprised that the Nema project supported the youth summer camp on entrepreneurship, leadership, and information technology, adding that these three things are very important in human life.