The Gunjur Youth and Sports Development Association (GYSDA) last Sunday held their annual congress at the .

The congress was attended by representatives from all affiliated clubs in Gunjur and its satellite areas.

The aim of the congress was to discuss last year's and the forthcoming Nawettan championship.

Buba Bada Bojang, the President of Gunjur Youth and Sports Development Association (GYSDA), in his remarks, said the committee is currently embarking on a fencing exercise at the Nyamina Football Field and then called for massive participation by all teams in the fencing project.

"The objective of the committee is to promote and develop sports in Gunjur and its environs and Nyamina Football Field is the only property of GYSDA. Any team that failed to participate in the fencing will be fined or even suspended," he stated.

The Secretary-General of the association, Abdou Janneh, said the 2009-10 Nawettan was a difficult season for them, as they were unable to tap sponsorship. Both league and knock-out trophies were sponsored by the committee, he noted.

He said the performance of Gunjur zonal team in last year's Baby Muhammed Jammeh Perpetual Zonal Football Championship was below expectation. He noted that the technical team of Gunjur Zonal team should work on putting a better performance. 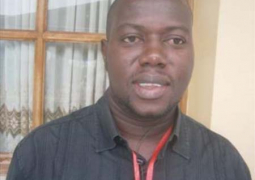