The Chairman of Brikama Area Council, Bakary Saibo Sanneh, on 25 August 2013 presided over the inauguration of the new Gunjur Community Linking executive board at a ceremony held at the Gunjur Daycare Centre.

In his inaugural speech, chairman Sanneh hailed the taskforce for their efforts in drafting the constitution of the linking.

He urged the new executive to work tirelessly in the best interest of the town, saying they should always listen to their custodians - the Kabilors, the CBOs and minority groups - and take their advice through which they can be able to realize their objectives.

The Alkalo of Gunjur, Alhagie Sulayman Touray, appealed to the new executive board to always exercise patience in their quest to develop the linking between Gunjur and its partners.

Chief Touray advised the new executive to work in the best interest of the town and guard against failure, for which they might be held responsible.

He expressed confidence that the new executive will certainly deliver to expectations.

“You are representing your Kabilos, CBOs and minority groups, so you should always listen to them and take their advice in order to realize objectives,” chief Touray pointed out.

The Ward Councillor for Gunjur Ward, Karamo Jorang Bojang, applauded the taskforce for its tireless efforts at drafting the constitution, saying it has drafted a “wonderful and precise” constitution.

Jorang Bojang advised members of the new executive to be united and show understanding among themselves, to be able to rise to the task ahead of them.

The chairman of the taskforce, Tijan Bojang, said the taskforce had finally finished their work after drafting the constitution and had now handed over all documents to the executive that will steer the affairs of Gunjur Community Linking for the next three years.

Gunjur Community Linking chairman Ousman Touray said they would work in the best interest of the town and in line with the constitution, adding that everything will be done in a transparent manner.

Chairman Touray assured Gunjurians that his executive will work to the best of their ability to realize their objective.

They will also be transparent and accountable to the people, he added.

The founding fathers of the Linking, Bai Bojang and Dr Bakary Nyambi Touray, advised also the executive to be transparent and accountable and always work in the best interest of the town. 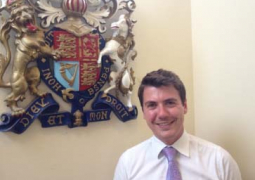