The Gambia Technical Training Institute (GTTI) Wednesday launched a sewer hand-washing facility at a ceremony held at the school grounds.

In her launching remarks, GTTI director general Jahou Samba said the school was proud to contribute to the fight against the deadly Ebola virus.

She said the introduction of a hand-washing facility could contribute immensely to the prevention of the spread of the virus.

It has come at a time The Gambia and the rest of the world are focusing on an epidemic that is tearing apart societies that are affected by the virus, she said.

Although The Gambia is declared Ebola-free, she noted, it was the responsibility of everybody for it to remain so, since “Ebola is everybody’s business”.

She thanked the Ministry of Health and the staff and students of GTTI for their innovation, skills and efforts in the design and production of the sewer.

The director of health promotion and education at the Ministry of Health and Social Welfare (MOH&SW), Modou Njai, said The Gambia has joined the rest of the world in the Ebola prevention and awareness campaign to save lives and better prepare all populations against the deadly Ebola virus.

He said GTTI had responded to the call by manufacturing a hand-washing facility to enhance personal hygiene, which was a fundamental pillar for infection control, especially Ebola prevention.

Njai thanked GTTI through the Ministry of Higher Education, Research, Science and Technology (MoHERST), for their great foresight and initiative and also urged other partners and stakeholders to join the fight in preventing the Ebola virus.

The permanent secretary of MoHERST, Dr Cherno Omar Barry, said his ministry was proud to be associated with such an important initiative of launching Ebola hands free washing day, manufactured by GTTI.

He said they are conscious of the crucial need to have a form of hand-washing day with disinfectant to help adhere to one major rule in the prevention of Ebola.

He said for The Gambia to develop fully, science and technology must be looked at, and the ministry would do all it could to see it through. 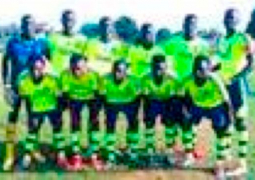