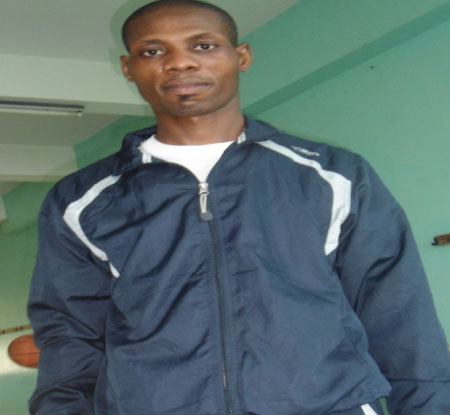 David Olawale Cole, head coach of the Gambia Table Tennis Association (GTTA), has hit out at the National Sports Council (NSC) for what he calls its failure to include table tennis in the All Africa Games that got off to a scintillating start in the capital of on Friday.

The table tennis trainer said he was disappointed that they were left them out of the selection process carried out by the NSC after four months of rigorous training in preparation for the continental showdown.

Speaking to Pointsport in an interview at the table tennis centre at the Independence Stadium in Bakau yesterday evening, the national table tennis coach said: “I am totally disappointed to see the NSC exclude table tennis in the All Africa Games selection of five sports associations for what the authorities claimed to be due to financial constraints, when our neighbors Senegal managed to send at least four athletes despite some financial difficulties.

“I wonder how we can be able to build the future of the talented young players we have when we can’t even participate in any major international competition.”

The fuming table tennis coach, who has decided to switch allegiance to the GTTA after coming to the end of his spell in charge of the Senegalese national table tennis team, said: “Our exclusion from the All Africa Games means our dreams of appearing in the 2012 London Olympic Games are over because the All Africa Games could have served as a qualification route that would pave the way for our possible participation in the London Olympic Games.” Cole, who described the move by the NSC as disappointing and discouraging, added: “It is very sad that we will be waiting for another four years before we could participate in the Olympic Games, which has been the dream of these youngsters who suspended all their activities to prepare for the event over the past four months.”

Fatou Camara, a female member of the GTTA, said: “I spent the last four months training intensively in preparation for the event only for my hope and efforts to end in vein. It is absolutely disappointing, even though I am carrying a baby of only three months old.”

The furious young female table tennis hopeful, who also spoke to Pointsport in an interview at the table tennis centre yesterday evening, noted: “After several promises that we will be travelling to Maputo, we are once again left disappointed and this is not the first time because a similar thing happened to me when I was chosen to represent the association in the table tennis championship in Sweden some years ago. This is really disgusting.”

However, the NSC has a different interpretation of things. The reason advanced for trimming down the number of associations to five by the NSC, the supreme body charged with the affairs of running the day to day activities of all sporting associations in the country, “is purely due to financial difficulties”.

As a result, even the head of the delegation to the All Africa Games and a journalist selected by the Sports Journalists Association of The Gambia to cover the event, were eventually dropped, Pointsport was told when this reporter visited the office of the NSC to speak to a top NSC official last week.