GlaxoSmithKline (GSK) announced the third call for proposals as part of the Africa NCD Open Lab this week, strengthening the company’s commitment to much-needed scientific research into NCDs.

The Africa NCD Open Lab is part of a series of investments GSK is making across Sub-Saharan Africa. The Open Lab, launched in 2014, aims to work in partnership with African researchers and academic groups to conduct research into non-communicable diseases (NCDs) such as cancer, diabetes, cardiovascular disease and chronic respiratory diseases.

NCDs are estimated to account for nearly one third (32%) of total deaths in The Gambia, and across the country the probability of dying at a young age (between age 30 and 70 years) from an NCD is 19%. NCDs cause over half of all reported adult deaths in some African countries, suggesting that NCDs could become a leading cause of health issues, disability and premature death.

The third call for research proposals to address these growing challenges is open from 7th November 2016 until 12th January 2017 and successful applicants will be awarded £100,000 for up to two years, along with scientific support from GSK.

It is hoped that the vital research conducted by scientists across the continent will improve the understanding of NCDs, and inform best practice prevention and treatment strategies.

Marie-Jose Pokou, Regional Medical Director for GSK in West & Central Africa, said: “Whilst huge progress has been made in recent years to understand and combat infectious diseases, more work needs to be done to tackle the growing health concern presented by NCDs in The Gambia and across Sub-Saharan Africa.

“When an issue is better understood it can be more effectively tackled. By collaborating with our research network across Africa through the Open Lab, Gambian scientists can work to vastly improve our understanding of NCDs in The Gambia and beyond.”

Dr. Mike Strange, Vice President and Head of Africa NCD Open Lab, said: “GSK is committed to tackling the huge burden that NCDs place on patients, communities and health systems in The Gambia and across sub-Saharan Africa.

“The Open Lab supports our efforts to address these challenges. I encourage scientists to consider applying for the funding and support that the programme offers and work to help us better understand NCDs across Africa.”

Information on submitting a proposal can be found on the website here: http://www.gsk.com/en-gb/research/open-innovation/africa-ncd-open-lab.

NCDs are non-infectious, which means they cannot be spread from person to person. They include cancer, diabetes and cardiovascular diseases such as high blood pressure, as well as chronic respiratory diseases such as asthma.  Some of the risk factors which contribute to NCDs include tobacco use, physical inactivity, harmful use of alcohol and an unhealthy diet.

Current projections indicate that by 2020, the largest increase in premature deaths from NCDs will occur in Africa and other low and middle-income countries. Whilst NCDs are increasing globally and are likely to increase worldwide by 17% over the next decade, it is estimated this figure could be 27% across Africa. This increase is partly because of rapid urbanisation and also due to the unhealthy lifestyle choices that often accompany improvements in living standards.

One of the world’s leading research-based pharmaceutical and healthcare companies, GSK is committed to improving the quality of human life by enabling people to do more, feel better and live longer.  For further information please visit www.gsk.com.

Through our 20% reinvestment program, 40,000 frontline health workers have been trained so far, reaching and increasing access to healthcare for 11 million people across 35 countries.

In March 2014, GSK announced a series of investments designed to address pressing health needs and contribute to long-term business growth in Sub-Saharan Africa. 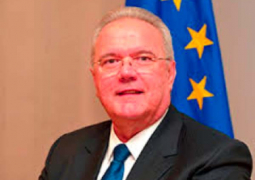