The Gambia Supreme Islamic Council (GSIC) yesterday commenced a two-day national forum on the theme "Clarification about the unification of the sighting of the moon" at its headquarters along MDI Road in Kanifing.

The national forum drew its participants from different regions of the country.

In his welcoming remarks, Alhagie Muhammad Lamin Touray, President of GSIC, revealed that the rationalism of convening such a symposium was conceived following consultations with various stakeholders during their recent nation-wide tour.

"The council has realised the need to address the issue of sighting of the moon particularly during the month of Ramadan," he noted.

He further revealed that renowned scholars have been selected by the council and tasked to do a research on the subject matter.

And the findings of that research would be the theme of the discussion Touray said.

"It has always been the council's wish to see that all Muslims in the country commence fasting at the same time and prayed on the same day. However, this was not the case in the past years where we see people in the country praying on different days," he lamented.

According to him, during the course of the symposium participants will discuss the ways and means of addressing the situation thus by putting in strategies to avoid such misunderstanding among Muslims.

Dr. Mbye Kebba Kah, Secretary General GSIC, who chaired the ceremony, described the forum as both timely and relevant.

He encourages the participants to actively participate in the deliberations.

"I know there would be divergent views regarding the subject but we must compromise and come to a consensus," he said.

Lamin Sanneh, Governor of Western Region, thanked the GSIC for what he called a 'laudable initiative'.

In his view, the move is a step in the right direction.

He reminded the participants that Islam is the first and last religion. 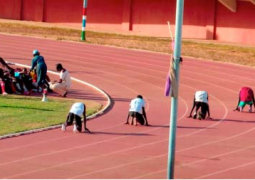 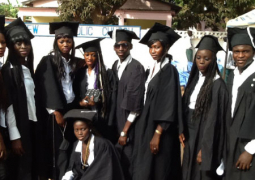