The Agribusiness Services and Producers’ Association (ASPA), the inter-professional body vested with the management of the Gambia Groundnut sub-sector, has declared Thursday 23 December 2010 as the official starting date for this year’s groundnut-marketing season in the country.

In a similar vein, according to a press release issued by ASPA yesterday, the Association, in consultation with the Government of The Gambia, is pleased to announce the groundnut producer price.

It added that the season will equally close on 30 April 2011.

“Consequently, all Cooperative Produce Marketing Societies (CPMS), Private Traders and any agent wishing to participate in the groundnut buying at primary (secco) level are hereby requested to prepare their equipment and clean their seccos accordingly.”

ASPA assures groundnut producers that this year’s producer price was arrived at using the officially registered recognised producer price determination mechanism, which takes into account the world market price for groundnut products as well as parameters and ratios relevant to the domestic marketing system.

“This year’s price compares quite favourably with what pertains in the sub-region. Farmers are therefore urged to sell their produce through the existing marketing outlets,” says the dispatch.

ASPA is soliciting the cooperation of all and sundry to make the marketing season a success. 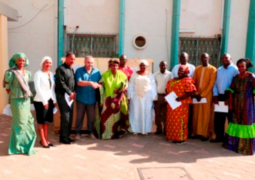 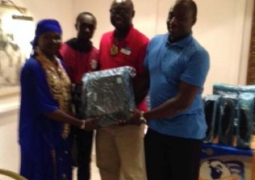