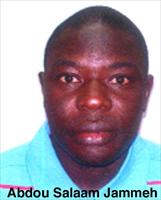 Major steps were taken by the previous administrations and despite the progress registered by the founding members of Gambia Football Association there is still a long road ahead and the challenge facing the Gambia Football Federation is enormous and must take a “tool box approach” to build from that humble beginning.

It is an endorsed fact that the most important of all for the future of our football is to catch them young and the new occupants of the football house should prepare themselves for an extra time to rescue ship stranded in the brutal cold and sustained weather of Lake Ontario.

Despite the unparalleled passion, hope and inspiration the youth have for football and despite the fact that good things are happening in football, we still lack a coherent and realistic strategy to ensure that Gambia succeeds as an emerging footballing nation.

A discipline long-term approach is required in identifying and developing young footballers under the ages of 15, 16, 17 and 18 for our National Teams.   Special emphasises should be placed on the decentralization of football across the country aimed at encouraging and intensifying the level of school and community football competitions, with full knowledge that this is the breeding ground for elite and professional footballers.

A crucial and important priority is to identify and develop the best players from football academies with right ages and to be mindful of the famous MRI test and so-called football age, which has a negative and embarrassing impact on our efforts to reach the pinnacle of African football in particular and world football in general.

The transition from the youth to the senior level should be handled by the best shepherds of the valley and him or her - if I may be permitted to bring my gender lenses into the public space of intellectual discussion in which a lot has been promised but little was delivered since the establishment of the GFA 61 years ago.

A lasting, durable and systemic solution and not cosmetic measures should be employed to ensure sustainable and progressive development of football.

Grassroots development is one of the engines that would progressively develop football, and the revival of the famous inter-schools football competitions should be considered a serious business in meeting the demand and supply of young players for our national and league teams.

These players, over an extended period, must be given special attention and every opportunity to achieve their full potentials.

We must graduate from the impromptu selection/preparation or “five minutes to mid-night arrangements” and to do more to change the profile of the GFF in a positive light and should put a permanent stop to withdrawals.

Put simply, “don’t register if you do not have the time, human and capital resources” that would ensure the successful completion of the campaign.

A moderate and middle-of-the-road alternative should be in place if we are really serious about taking football to the Promised Land.

For these programmes to be effectively and professionally implemented the GFF must secure the services of a technical director whose dedication, seriousness and blistering commitment to job is without doubt.

It could be argued with equal measure and transparency that the Ministry of Sports and the National Olympic Committee should be more than willing to secure the service of an experience and qualified technician under technical assistant programme for the GFF, effective immediately.

We should take great pride in long-term commitment to grassroots football development, which would create a platform and give the young players a great opportunity to excel and shine in the national and international stage and to build a better future for Gambian football.

To achieve uniformity in the game, the FA should provide financial and material support to the school football association to enable them to organize and coordinate annual inter-school football championships.

Of equal importance is the judicious use of the mighty FIFA Goal Project or the national technical training centre situated in Yundum if we are to achieve sustainable growth in our dearest sport. We owe it to our players to provide absolutely every tool we can muster to help them succeed in their mission. We may hasten to add that anything less than that would be an exercise in futility.

The FA should maximally explore the cooperation and partnership with the football coaches association for the broader implementation of the programmes of the technical department.  It is hard to deliver substantive, recognizable achievements in someone else’s jurisdiction without the cooperation of the Technical Director.

There is need for a radical new relationship between the GFF and its affiliated clubs, zones and regional representatives. A sound and a democratic sports administration is about the people and their involvement in how decisions are made. The regions feel their interests are very poorly represented in Banjul and that the village voices must be heard.

One of the most commonly mentioned problems straining sports administration in The Gambia is the implementation and decision-making structures, quality of the human resources, revenue collection and resource management to name few.

Now that the GFF is managed by diamond sharp intellects there should be no excuse that because the ‘dogs ate my discount, student metro card should not be accepted’ and it doesn’t work here.

You are never too young to change the world- YHRG chairperson