Grants to Gambia reduced by over 50% 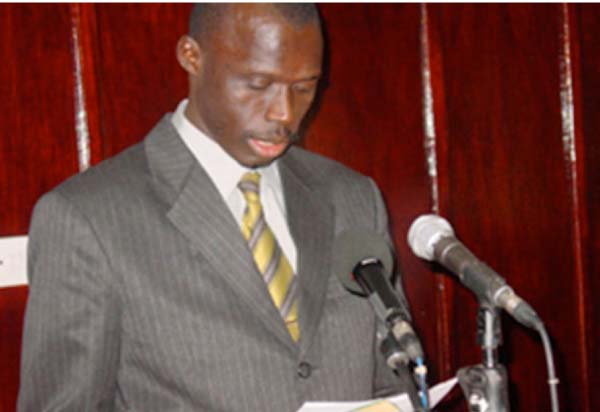 Moneys donated to The Gambia government by multinational organisations and foreign governments have reduced by more than half within one year, the Finance minister has said.

“Performance on grants remains very low during the period [2016], falling by more than 50 per cent,” Minister Abdou Kolley said in the 2017 budget speech that was delivered to the National Assembly on Thursday, 22 December, and approved by the deputies on Wednesday following a soft discussion.

For the first nine months of 2016, grant disbursement to the government stands at D242 million, much lower than the D565 million it was in the same period of 2015.

However, Mr Kolley gave no reason for this drastic reduction in grants, but the Central Intelligence Agency of the United States of America said international donors continued to be concerned about the quality of Gambia’s fiscal management.

Besides, The Gambia’s relations with international donors have been tarnished by the government’s “appalling human rights record”.

Grants to The Gambia have steadily been decreasing over the years.

In 2013, following President Yahya Jammeh’s abrupt withdrawal of The Gambia from the Commonwealth, and cutting diplomatic ties with Taiwan, grants to the country reduced by more than D1 billion, according to the Central Bank of The Gambia.

The Commonwealth and Taiwan used to be among the main sources of grants to The Gambia.

A former National Assembly Member for Basse, Hon. Sellu Bah, had earlier on argued that The Gambia should not depend on grants to finance its economy.

“Let us work as a nation to ensure that we collect our domestic revenue to the letter to counter any negative response on grants,” Hon. Bah had said.

Meanwhile, the government has intensified revenue collection during the course of 2016 to cushion the effects of the poor grants performance.

Minister Kolley said domestic revenue, which comprises both tax and non-tax revenue, has increased by 5.1 per cent in the first nine months of 2016, from D5.7 billion in 2015 to D6.0 billion.

The enhancement of domestic revenue collection has led to an improvement in the fiscal position of government, based on the preliminary estimates of the government’s fiscal position for the first nine months of the year.

However, as the grants to The Gambia continue to decline, the government resorted to borrowing money from external and local sources, at costly interest rate, to finance its operations and development endeavours.

According to the 2016 budget document, the government’s public debt for 2015 was estimated at 107.6 per cent of the Gambia’s Gross Domestic Product (GDP), the total value of all goods and services produced over a specific time period.

About 48.6 per cent of the total public debt is from domestic sources, and 59 per cent external debt.

A high debt-to-GDP ratio makes it more difficult for a country to pay external debts, and may lead creditors to seek higher interest rates when lending.

The Gambia is the third most indebted country in sub-Saharan Africa in 2016 after Eritrea and Cape Verde, according to data from World Bank and IMF.  Eritrea’s public debt is estimated at 126 per cent of its GDP; Cape Verde 122 per cent and The Gambia at 107.6 per cent.

In 2015, Gambia was placed under an IMF Staff-Monitored Programme due to its alarmingly growing debt level.

The IMF said a poor country’s debt becomes unsustainable when the government is devoting more than 20 per cent of its revenue to paying it back.

In The Gambia, about 50 per cent of the government revenue goes to payment of interest on loans, according to World Bank.  As a result, the government is left with little resources to embark on any meaningful development initiative without taking more loans again.

The Gambia government started to resort to heavy borrowing as grants to the country have not been forthcoming, leaving it with almost no option but to face the creditors.