The Gambia Police Force on Tuesday donated a brand new 29-seater mini-bus to the personnel of the force, as part of their contribution to the welfare of Gambian police.

The mini-bus, which was presented at a ceremony, held at the Police Headquarters in Banjul is said to be purchased from the Police Welfare Fund, which is being funded by every member of the police force through monthly contributions.

In a related development, the government of The Gambia through the Ministry of Finance also donated a brand new towing vehicle to the Gambia Police Force.

Speaking at both presentation ceremonies, the Minister of Interior Ousman Sonko described the gesture as yet another milestone development in the history of the Gambia Police Force.

According to Interior Minister Sonko, the towing vehicle presented to the Gambia Police Force will help them in regulating the flow of traffic.

"Sometimes even wrongly parked vehicles can be towed from the highway," he added.

He urged the management of the police to take good care of the vehicles and always ensure that it is properly used. 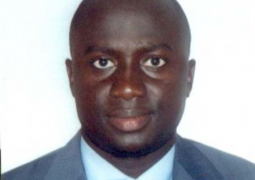