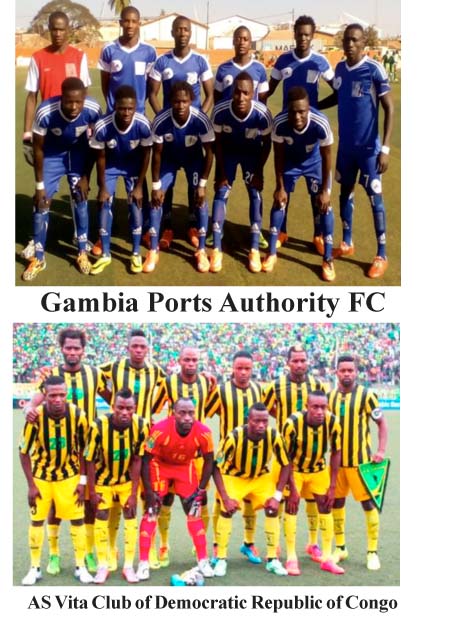 The 2016-2017 Gambia Football Federation domestic division one league champions Gambia Ports Authority are set to host AS Vita Club of the Democratic Republic of Congo in the first leg tie of the second round of the 2017 CAF Champions league on Sunday 12 March 2017, at the Independence Stadium in Bakau.

The ferry boys are currently performing extremely well in the country’s domestic league and are preparing physically, mentally and morally for their clash with the Congolese side for a place in the third round of the continent’s top- tier football clubs competition.

The Congolese side thrashed Royal Leopard 3-1 on aggregate in the first round to sail to the second round first leg clash against The Gambian champions in Banjul.

The Kinshasa-based outfit are currently enjoying  a super run of form in the Congolese league and will  be hopeful to restore same performance against Gambia Ports Authority to fancy their chances of reaching the third and final round of matches in the continent’s elite football club competition.