Gambian attacker Demba Savage has made a three-goal record in just six matches in the Veikkausliiga as Finnish Champions HJK defend title.

The striker’s goal tally is the so far the highest for HJK Helsinki and has earned himself the record of being listed among the top scorers chart in the top flight league in .

Soccerway has indicated that Savage’s goal tally for last season stood at 12 making him the 7th highest goal scorer in the league and club’s highest last season.

HJK who are so far leading 14 points following 4 wins and two draws will host TPS on Friday.

Dawda Bah and Omar Colley all from fellow club KuPS have also made the list for netting each two goals. They are 7th on the table with 7 points. 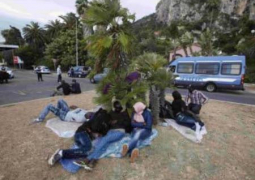