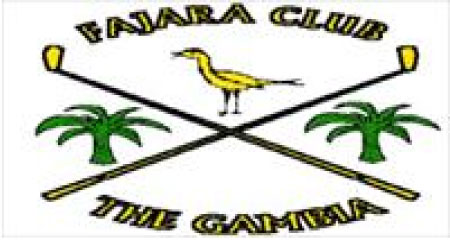 The Solicitor of the Gambia Golf Association (Faal, Jah  and Associates) has written to the Trustees of Fajara Club  on behalf of Ebrima Jawara and Pa Famara JJ Jatta who were expelled from the club.

The Fajara Club is given a period of fourteen (14) days, from the date the letter was written to the club’s joint Trustees (Paul Maroun, Rene Geoffrey Renner and Batch Samba Faye) last Friday, to revoke the suspension of the two gentlemen, after which legal action will be taken against them, without further correspondence.

According to the letter, Fajara Club suspended Pa Famara JJ Jatta under Rule 6 of the Club’s Rules.

However, Rule 6 does not cover suspension, only expulsion. The club has erred and unlawfully went on to unlawfully expel Pa Famara JJ Jatta on the basis that he had violated his suspension, which was, in itself, unlawful.

GGA President Ebrima Jawara received a letter dated 25th August 2012 from Almamy Jagne, Manager of Fajara Club, informing him that he was suspended.

According to the letter, and to quote: “we note that you decided and indeed played golf with Famara Jatta (JJ) whom the club had suspended for six months with effect from 24th August 2012.”

The letter further stated: “Your behavior last Saturday afternoon, that is, to knowingly and deliberately play golf with and in the company of a suspended member of the club on our golf course, as well as encourage the said member to continue playing golf, despite being cautioned and asked to leave the golf course, is not only unacceptable but also considered to be a direct challenge to the club. The main committee of the club has, therefore, decided to immediately suspend your membership of the Fajara Club until such time as there is a change in your said behavior.”

The club erred in suspending Mr Jawara, and because Mr Jawara did not play golf on 25th August 2012 and the club also took the decision to suspend him without even giving him the chance to be heard, the solicitor pointed out.

“My Clients demand you unconditionally rescind the suspensions and expulsions of both Mr Jatta and Mr Jawara within fourteen days of the date of this letter, after which legal action will be taken against without further correspondence”, the solicitor added.