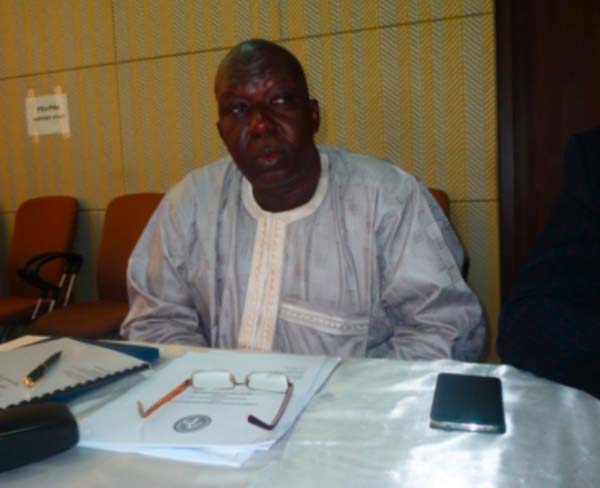 Momodou O.S. Badjie, Managing Director of the Gambia National Petroleum Corporation, GNPC, has said the company registered a profit before taxation of D110 million in 2013, showing a 128 per cent decrease as compared to the profit of D287 million in 2012.

This was mainly due to the reduction in sales revenue received in 2012 compared to 2013, he said.

Mr Badjie was presenting the company’s financial and activity report for 2013 to the joint session of the Public Accounts Committee and Public Enterprises Committee (PAC/PEC) of the National Assembly on Monday.

Badjie said the GNPC is now a corporation, after the enactment of its bill in 2014; and it was founded in 2003 under the directive to be established as the National Oil Company of the Republic of The Gambia.

From 2003 to 2009, GNPC was mainly working closely with the petroleum commission and later with the operators, he told deputies.

In 2010, MD Badjie added, the GNPC started its downstream petroleum sector by building the national network of service stations, “with the Kanifing service station being the first among the nine they have today.”

“Currently GNPC operates nine service stations from Banjul to Basse. As the National Oil Corporation we have to be present not only in the urban area, but across the country,” he said.

“Today, go to any of our major towns, we are there, thanks to the vision of the Gambian leader.”

“This was mainly due to the reduction in sales revenue received in 2012 compared to 2013.”

GNPC employs 25 graduates from the four-year petroleum elite programme held in Taiwan since 2008, and some of these staff are now managing their downstream activities and the others are pursuing or have got their Master’s degrees in various fields of the upstream activities.