The Director of Public Prosecution (DPP) S.H. Barkun, yesterday informed a crowded courtroom, presided over by Justice O. Ottaba of the Special Criminal Court, that the state has filed a bill of indictment against GNPC officials, which is awaiting the Chief Justice’s blessing.

The DPP then informed the court that the matter was set for mention, and they were directed to file a bill of indictment on or before 22 September 2016, after receiving the case file from the office of the Inspector General of Police.

He said at the moment the charge was being filed at the registry of the high court.

Senior counsel Drammeh objected to adjourning the matter up to October, on the grounds that some of the accused persons have been in custody for three months and asked for the matter to be adjourned until next week.

The trial Judge said they would take a date, and see what happens.

The case was then adjourned until 28 September 2016, at 1pm for mention. 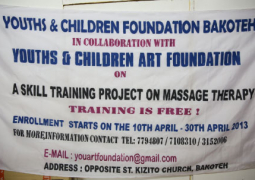