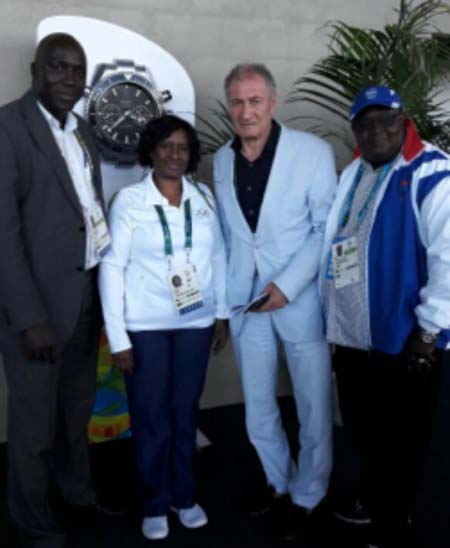 The Summer Olympic Games offers the opportunity for less privileged National Olympic committees and associations to network and seek for support from partners.

Networking is the single most powerful marketing tactic to accelerate and sustain success for any individual or organization.

It is about making connections and building enduring mutually beneficial relationships.

The Gambia National Olympic Committee (GNOC) on Thursday 11 August 2016 secured a sponsorship deal of US$75,000 equivalent to over D3,000,000 for the Gambia Handball Association (GHA) from the International Handball Federation (IHF).

The meeting was initiated by Gambia IOC member Miss Beatrice Allen as part of her unlimited support to the development of Gambian sport.

According to GHA’s secretary general Haruna Cham, the deal comprises US$40,000 for the construction of an outdoor handball court to be carried out by an American construction company appointed by the International Handball Federation but The Gambia has to provide the land for the project.

The other area earmarked by the project is the Handball for Schools, as well as training of coaches, referees and administration support, the provision of 300 balls, training and equipment of beach handball and support to the IHF Challenge trophy.

Reacting to the news, handball secretary general and Gambia’s Chef De Mission (CDM) to Rio 2016 Olympic Games expressed delight in the achievement and thanked GNOC for facilitating the deal.

He added that “the deal will go a long way in developing the game of handball in The Gambia, to specifically put an end to their struggle in acquiring a standard handball court for their league matches. 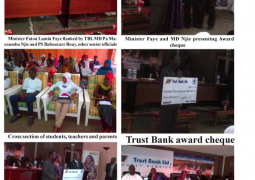