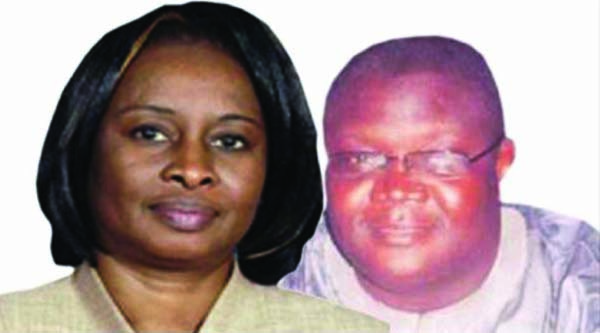 Magistrate Tabally of the Kanifing Magistrates’ Court yesterday discharged and acquitted Beatrice Allen, Ousman Wadda and Muhammed Janneh, all GNOC officials who were charged with stealing.

This development followed a no-case submission made by the defence counsel, Ida Drammeh, to which the prosecution decided not to reply.

Making his ruling, Magistrate Tabally told the court that the case started on 21st January 2011, and the accused were charged with stealing D34,000 which was meant for the allowances of Lang Tombong Tamba, adding that they all pleaded not guilty.

He then summarised the evidence of the prosecution witnesses.

Magistrate Tabally went on to say that the first prosecution witness, Omar Drammeh, an NDEA officer, told the court that it was Seedy Kinteh, GFA president, who told him that he (Seedy Kinteh) had received D24,000 from Ousman Wadda for safekeeping.

According to the magistrate, the defence counsel, Ida Drammeh, in her no-case submission had argued that the prosecution failed to establish a prima facie case against the accused persons, adding that the defence submitted that the ingredients of the offence charged had not been proven by the prosecution.

It was the submission of the defence that the prosecution did not prove that the D34,000 was stolen by the accused persons, the magistrate continued.

The defence totally failed to prove the ingredients of the offence charged, adding that the court has upheld the no-case submission made by the defence.

He subsequently discharged and acquitted the accused persons.

In his reaction to the ruling of the court, Muhammed Janneh said he was expecting this, adding that he did not do anything wrong.

"I feel that justice has been done," he said.

Beatrice Allen and Ousman Wadda declined to speak to the press.