Ebrima Sanneh a soldier attached to the Fajara Army Barracks on testified at the Bundung Magistrates' Court in the trial of one Charles Lawson, a Nigerian national.

Mr Lawson is standing trial on a charge of being in possession of fake currency note.

In his testimony, the witness Ebrima Sanneh told the court that on , one Modou Jeng told him that the accused was in possession of fake currency.

He added that Mr Jeng told him that they had agreed with the accused to meet at Dippakunda Mosque as he has some dalasis to convert to CFA, adding that immediately the accused arrived in possession of the fake currency.

He was then arrested and taken to the Fajara Army  Barracks.

He said the accused was later escorted to his house in Bundung, where a search was conducted and some items such as a printer, ruler, cutter, catridge, ink pen, D18,000 and CFA 1,520,000 were found. 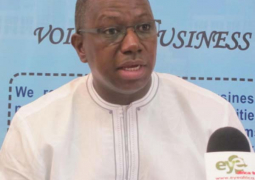