Gluster United have been crowned champions after defeating Late Kebba Demba FC by a goal to nil in the final of the Banjul Sports Committee Knockout competition played at its Mini-stadium at the weekend.

Muhammed Keita scored the only goal of the game for Gluster United in the 57th minute of the game from a fine shot.

Gluster United went home with a giant trophy and a cash prize of D20,000 as winners, while runners-up Late Kebba Demba FC received a consolation prize of D15,000.

Speaking to reporters shortly after the game, Modou Lamin Badjie, head coach of Gluster United, said they were more powerful than their opponents, adding that Late Kebba Demba FC are not a team that can stop them.

He added that his players did what he taught them at the training ground, which resulted in their victory, saying he has been working with the team over the years.

“I believe in young talents,” he said, adding that he would scout out for more young talents to add up to his team before the start of next season.

He also stated that they had a technical problem during the league which resulted in their poor campaign.

They had chances during the game but could not capitalize on them, he said, adding that they have taken the defeat in good faith.

“We had good players during the league but lack of discipline in them led to our relegation,” he stated, adding that with the young players in his team now, he hopes to win both trophies in the next two years.

Pa Modou Faal, captain for Gluster United, commended his teammates, fans and all those who contributed to the success of the team.

It was difficult for them during the league; that was why they came all out for the knockout trophy to achieve something, he said. 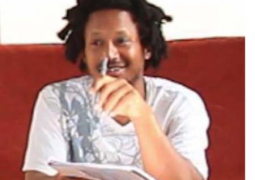 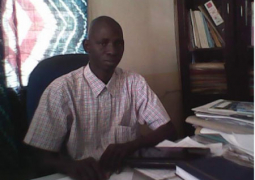