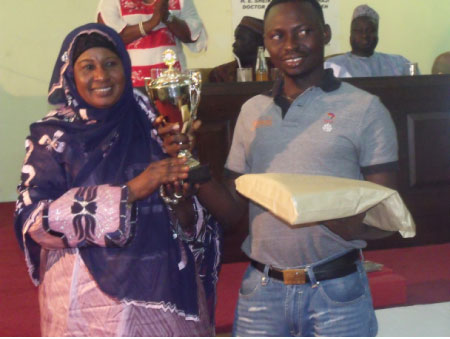 Speaking to reporters at last Thursday’s Gala Dinner held at the Paradise Suites Hotel, Gift said: “This is my first time coming to The Gambia to take part in such a high profile Golf Tournament and I feel extremely delighted to have won the accolade.”

Mr Willy added: “This is a great moment for me and my sponsors back home in Nigeria because being the winner in such a prestigious golf tournament is a great achievement for me.”

He also described the tournament as very successful while thanking the President of the Republic of the Gambia for sponsoring the tourney.

Edet Umoh, also a professional golfer from Nigeria who secured joint second position together with his fellow Nigerian professional golfer Giboyego Oyebanji, says he feels happy for snatching that position, adding that the tournament was a big challenge for him as it was his first time in The Gambia to take part in an international golf competition.

Mr Umom said he had never played on a sand golf course before but added that he learned a lot during the tournament.

He finally thanked the president of the Gambia Golf Association, Ebrima Jawara, for giving Yahya Jammeh for sponsoring the tournament.

A Tale of Two Laws