The Gambia Investment and Export Promotion Agency (GIEPA) in collaboration with the United Nation Industrial Development Organization (UNIDO) yesterday held a sensitization seminar on the UNIDO country investment promotion in The Gambia at the Kairaba Beach Hotel.

Speaking at the seminar, Fatou Jallow CEO of GIEPA said that the 2010-1013 UNIDO country programme for The Gambia aims to promotes industrial development through policy advice, investment initiative to increase productivity, energy efficiency and ago-transformation.

Ms Jallow reminded the gathering that, in January 2010, UNIDO and The Gambia signed a country programme agreement worth over US$5 million.

She outlined that investment promotion is a core component of the country programme, and the main objective is to mobilized and increase Foreign Direct Investment (FDI) flows into The Gambia which can be achieved by integrating the country into the AfrIPANET.

According to her, AfrIPANET was established in response to the challenges facing investment promotion agencies (IPAs) in realizing their mandates as the primary national institutions which promote and facilitate investments.

“Through AfrIPANET, UNIDO came up with a programme aimed at enhancing the inflows and effectiveness of Foreign Direct Investments,” she said.

The GIPA boss further told the gathering that the network  also aimed to address constraints by developing new strategies for the limited resources base of African Investment Promotion Agencies, and improve their effectiveness in mobilizing domestic and foreign investments, to provide guidance and support to Investment Promotion Agencies, as well as to provide guidance to UNIDO and donor agencies in the design of capacity building activities and to  focus interventions in areas expected to bring the most impact, among others.

Mr Yannick Lionel Nkodia, UNIDO Consultant, made a presentation on the AfrIPAnet Regional programme for Investment promotion in .

He said that the main aim is to promote investment in , and added that ECOWAS is one of the main effective institutions of the AfrIPANet programme.

He adduced that the three main component comprise Investment Survey with foreign and domestic survey’s for generation of empirical evidence, capacity building of investment promotion stakeholder institutions, as well as the establishment of a subcontracting and partnership exchange centre.

He said they want to have many Gambian companies in the programme, since they will commence with the survey of investment.

The UNIDO country programme aimed to integrate The Gambia into the AfrIPANET component, he continued, adding that the main stakeholder will be the Gambia Bureau of Statistic (GBoS) that will be mandated to do the survey of investors. 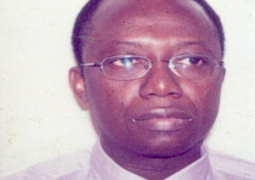