The ceremony, held at the Denton Bridge, was being financed and sponsored by GIEPA.

Speaking at the handing-over ceremony, Abdoulie Hydra, representing the Chief Executive Officer of GIEPA, said GIEPA is grouped into four broad categories - promotion and facilitation of investment for both foreign and domestic businesses, promotion of business and export development, support to micro finance institution in small and medium enterprises, and policy advocacy.

Mr Hydara added that the provision of 4 pipe water taps was part of the agency’s drive to sustainable enterprise, support and help grow small business in The Gambia in support of government strategic development programme on poverty reduction and food self-sufficiency as enshrined in the PAGE and MDG goals.

“It is our efforts to promote and facilitate investment and the agency’s Act as investment force by providing relevant information for setting of enterprises and help form necessary support to enterprises both big and small in the country,” Mr Hydara said.

Promoting economic goods, and creating employment, as well as support business enterprises are the key function of the agency, he said.

The tap water facility would enhance the capacity of the Sarro women Kafoo, he said, while calling on the beneficiaries to put the facility into good use and avoid misusing it.

She said the Sarro women Kafoo Association was founded few years ago under the motivation of Chief Superintendent Momodou Danso of the Gambia Police Force, who relentlessly encouraged the women kafoo to rally behind President Jammeh by ‘growing what they eat and eating what they grow’.

Ms Jallow added that the benefits of the association vegetable garden are mainly for family consumption and generating income, saying that even the proceeds of their produce go to cater for their basic needs, as well as the wellbeing of their families, such as clothing, school fees and medical bills.

Senior government officials, including representatives from the Office of the President graced the occasion. 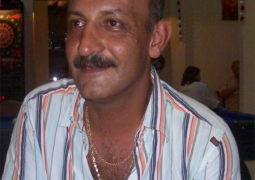