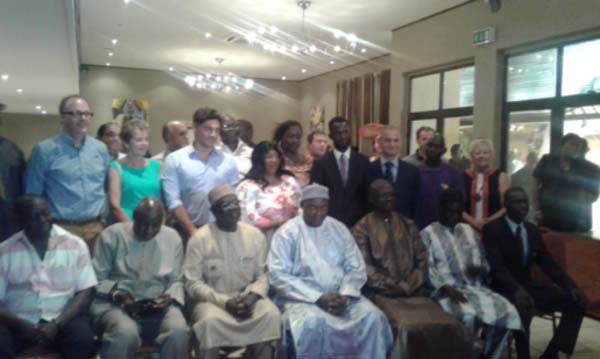 Speaking on the visit, the vice chair of the GHA, Bunama Njie, thanked the President-elect on his landslide victory.

Mr Njie added that there would be a need for the incoming administration to look closely at the Gambia Tourism Board, its management as well as its modus operandi in order to render the institution, as the implementing agency for tourism policies and programmes, more professional and efficient for effective service delivery in the tourism industry.

The GHA should also be guided to establish a robust marketing strategy that would ensure an increase in tourist numbers and attract high spenders, they said.

The visit, according to the GHA members, was simply a courtesy call on the president-elect.

Other burning issues confronting the tourism sector would be tabled with the new administration at a more appropriate time, they said.

The tourism fraternity stands ready to work with the new administration in a spirit of dialogue, and to rekindle enthusiasm to address the numerous challenges facing the tourism sector and to work hard to make “The Smiling Coast of Africa” the most sought after destination in Africa.

President-elect Adama Barrow thanked members of the GHA for the visit, and assured them of his cooperation and support, saying that all are to work for the development of The Gambia.

He added that they would ensure the security and improvement of the tourism sector, so that more investment and tourists continue to visit the “Smiling Coast of Africa”.

This would add value to the livelihood of Gambians, he said.