A GFF press release said the contract would be signed between the GFF, FIFA and the contractor Shcreji Development Enterprise.

The NTTC is the second FIFA-funded Goal project for The Gambia, and was officially opened and operational in 2004-05, according to the release.

The signing ceremony will be a landmark step in the GFF ExCO’s agenda, as it will be the first major project implemented by FIFA under the Lamin Kaba Bajo-led administration, it added. 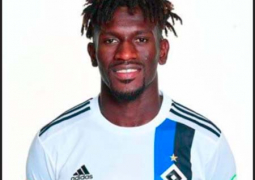