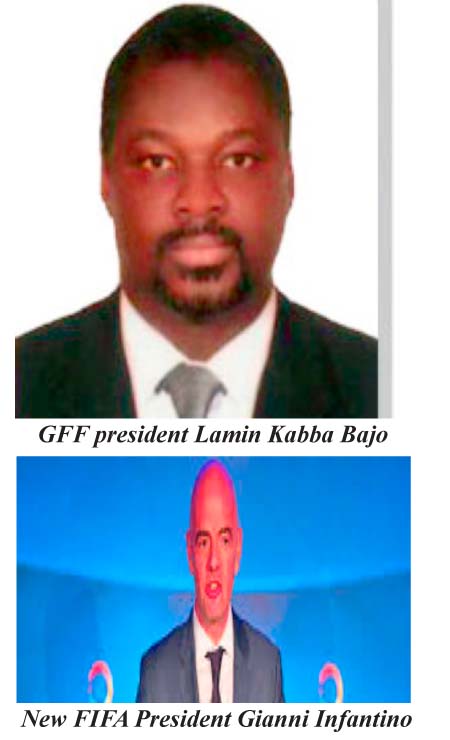 The President of the Gambia Football Federation, Mr Lamin Kabba Bajo, has sent a congratulatory message to the newly elected President of FIFA Mr Gianni Infantino.

“On behalf of the Executive Committee of the Gambia Football Federation (GFF) and on my own behalf, I have the singular honor and privilege to congratulate you as the Head of the world football governing body following your election as the President of FIFA,” the letter stated.

President Bajo further conveyed his sincere appreciation and profound gratitude to the new FIFA President’s thoughtfulness and resolve to unite the FIFA family after ‘your photo finish election’.

Mr Bajo finally assured Infantino about his willingness and availability to work with him on making FIFA greater and better.