The Gambia Football Federation (GFF) will conduct a mid-term review meeting with stakeholders scheduled for Friday 30 December 2016, at the Friendship Hostel hall of the independence Stadium in Bakau.

This according to officials will be the first time in many decades ago that the Football Federation goes into a conclave to review its past activities with stakeholders with a view to ushering the federation move much stronger in the coming years.

The meeting will look into the gains and accomplished engagements of the GFF leadership since taking the mantle of leadership in 2014 under the leadership of Lamin Kabba Bajo.

In a similar development, the GFF will hold its Annual General Meeting also set for Saturday 31 December at the Friendship Hostel of the Independence Stadium.

This activity is a constitutional requirement thus will allow the GFF to present before stakeholders a general activity report for the year under review 2016.

All the activities and programmes conducted during the year under review will be encapsulated in the President’s Comprehensive report.

The two scheduled programmes are important calendar events for the football federation thus all club managers and other stakeholders would attend.

The programme will be presided over by the President of the Gambia Football President Lamin Kabba Bajo and will also be attended by GFF Executive Committee members. 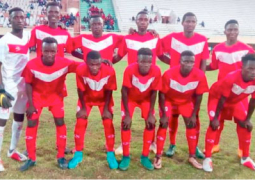