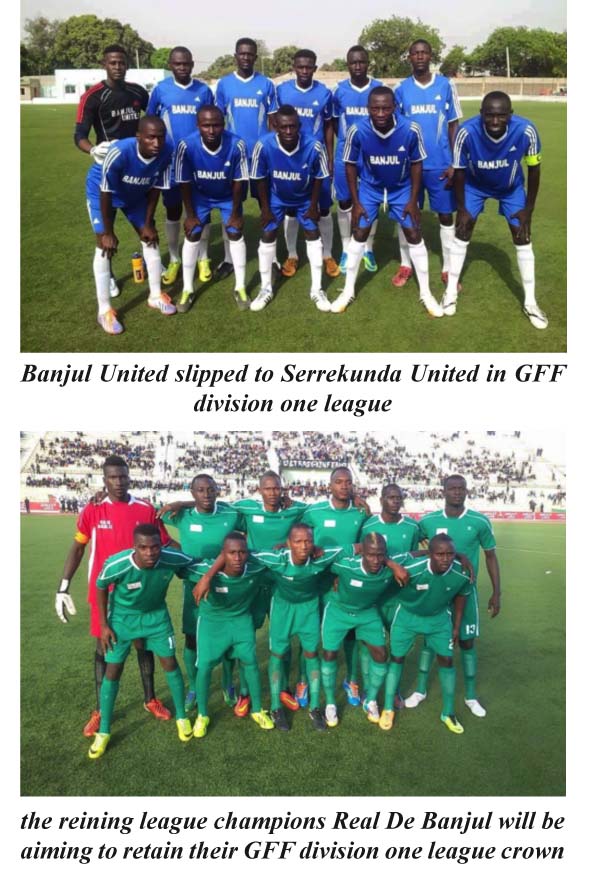 Struggling side Serrekunda United on Saturday defeat Banjul United 1-0 in the week eighteen fixtures played at the Independence Stadium to improve their chances of staying in the First-Eco Partners sponsored Gambia Football Federation division one league next season.

The Serrekunda based outfit are now level on points with Interior with 15 points each, but the police outfit have a game in hand against Real De Banjul and they will be expecting to win Real De Banjul and improve their position in the league in order to avoid relegation to the second tier and remain in the top flight next season.

Gambia Ports Authority are sixth place with 23 point in seventeen games with a game in hand against Brikama United, while Serrekunda United are still struggling second place from bottom with 15 points in eighteen games.