Akinrinola Akintoye, a Nigerian national, was yesterday convicted by the Kanifing Magistrates' Court for printing false documents thereby flouting section 324 of the criminal code. He had pleaded guilty to the offence.

The less blunt Nigerian, while docked before Principal Magistrate Buba Jawo, was sentenced to a fine of D15,000 in default to serve 18 months in prison.

According to the details of the case, Mr. Akintoye received the wrath of the law for printing dubious documents (tickets) during The Gambia and Senegal CAF qualifiers in in June 2008.

Before the passing of the sentence Lawyer Cuimel appealed to the court to temper justice with mercy as the convict is a first offender. He pleaded for the court to hand down a short sentence as since committing the offence the offender has served enough time to qualify as punishment. 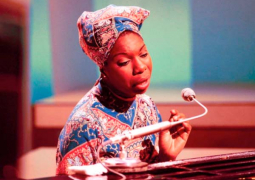