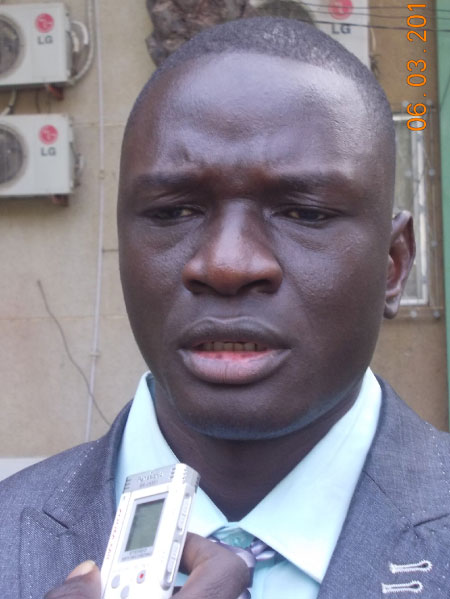 Mambanyick Njie, former permanent secretary at the Ministry of Youth and Sports, is standing trial for the offence of giving false information to a public officer.

The particulars of offence stated that  Mambanyick Njie, on 1 March 2012 in Banjul, whilst serving as Permanent Secretary for Youths and Sports, wrote a petition to the Office of the President, stating that the ex-Gambia Football Association (GFA) executives were engaged in malpractices and never gave a thorough account of the imprest given to them for international matches and, therefore, sought  approval  to dissolve the said  GFA Executive, an information he knew to be false or did not believe to be true.

Ceesay told the court that he resides in Busumbala village in the West Coast Region and that he recognised the accused person, as former permanent secretary at the Ministry of Youths and Sports.

He said he was appointed in 2002 as accountant at the Gambia Football Association (GFA) before becoming the head of finance.

Ceesay added that his role was, among other things, to maintain good accounting standard and recording keeping, as well as to advise the executive of the GFA through its secretary general.

He said they also prepare the finance report at the end of every year, and they normally send the budget to the Ministry of Youths and Sports which included the air tickets for all players and their allowances.

“Sometime in 2012, I received a call from one cadet Inspector Baldeh from the fraud squad in that I should report to police headquarters in for questioning,” Ceesay told the court.

“Upon my arrival, I found the old executives at the police headquarters. I was called into a room by Inspector Baldeh who asked my role as head of finance, GFA,” Ceesay continued.

“As head of finance, GFA, I cannot remember receiving any monies from the Ministry of Youths and Sports as imprest at the time,” he said.

He added that 80 percent of their funds used to come from FIFA, as a FIFA subvention and the other 20 percent came from the leagues and other international matches.

Asked by the prosecutor whether he had the opportunity to lay his hands on the petition letter, during the course of the investigation of the case, Ceesay told the court that he had never seen the petition.

He added that Augustus Prom used to audit the GFA and, after auditing, he would write a report and give them a copy and the auditor would have his own copy and send another copy to FIFA.

Ceesay further stated that sometimes FIFA would send their own auditors, KBMG, to audit GFA activities of the year.

The GFA had a relationship with the Ministry of Youth and Sports, as the one supervising sporting activities in the country.

Regarding the national team, the Ministry of Youth and Sports was the main sponsor, Ceesay went on, adding that the ministry finances the national team when playing at home and their accommodation, camping allowances and other benefits needed to be taken care of by the ministry.

Ceesay added that if it is international matches, the ministry also needed to take care of all the necessary expenses. However, sometime the ministry would say they do not have the money, and GFA would step in to foot the bill.