The Gambia Football Association (GFA) will participate in four sub-regional competitions, to be stage by the West Africa Football Union (WAFU), starting with the WAFU Cup of Nations, says Kinteh, GFA President.

The WAFU Cup of Nations is set to take place in , and as of now eight countries have confirmed their participation.

The draw is expected to take place on March 30.

Teams will be allowed to field in five foreign-based players playing in other parts of and the rest of the world.

The  Gambia is also expected to take part in the qualify series for the 25th edition of the WAFU Club Cup, slated from May 9 to November 7, in which the final four teams will play in a final, scheduled to take place  from December 9 -12 in Lome Togo.

The National Female Squad will also make its debut from August 5 to 15, in in the Women's Cup of Nation, with competing teams like , , , , and a guest team from CECAFA,

Another competition is the West Africa Football Union 6th  WAFDU U-17 Cup that features eight teams in , in October 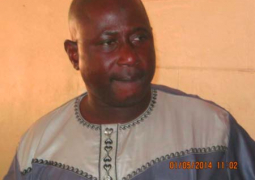