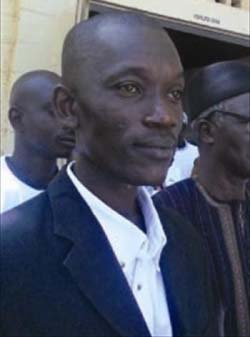 The training, spearheaded by the project coordinator of the GEAPP, Sheikh Tijan Sosseh, was organised through the Village Development Committees and the Regional Directorates of Agriculture within the six regions of the country.

The exercise started at Kerewan with sixty participants from sixty communities within Lower and Upper Niumi districts.

GEAPP among others seeks to provide agricultural inputs, farm machinery and improve seed multiplication centres and storage facilities in the country with the ultimate objective to boost agricultural production and productivity in line with the Government's vision.

The training and issuing of certificates followed the distribution of farm implements in all the six agricultural regions of the country through the department of agriculture. Following the successful distribution of these farm implements to farmers across the country, the management of GEAPP thought it prudent to allocate some packages for the beneficiaries through capacity building targeting three hundred power tiller operators countrywide.

Speaking at a colorful ceremony in Somita village in the West Coast Region, where 60 beneficiaries were also certificated, Mr Sheikh Tijan Sosseh, project coordinator of GEAPP, said the project decided to allocate a package for the farmers through capacity building on the operations of the farm implements.

According to him, the training was funded by the GEAPP through funding from the World Bank, European Commission and the Gambia Government through the department of agriculture engineering service. He added that the exercise of the first training started at Kerewan in the North Bank Region with sixty participants from sixty communities.

According to the project coordinator, the training seeks to build the capacity of farmers particularly the power tiller operators to enhance durability of the farm machineries in order to achieve the objectives.

Sosseh urged the participants to take the training seriously as the machineries cost a lot of money. He also commended the European Commission, the World Bank and the Gambia Government for funding the project, particularly the response of the President, whose intervention in the 2005/6 locust invasion, he said, was key to national development.

He noted that the response from the communities was a clear demonstration that farmers are ready to end hunger and increase agricultural productivity in this country.

Also speaking at a ceremony held at Kerewan, North Bank Region, Chief Fafanding Kinteh of Lower Baddibu commended GEAPP for making the training a reality in the regions.

This, he added, is a clear demonstration that the Gambia Government has high regard for farmers in the country. Chief Kinteh stated that for the past few years, farmers have been experiencing difficulties in the improvement of their agricultural production but with the intervention of GEAPP, there is no doubt that farmers would meet the MDGs in terms of food security.

Governor Edward Seckan of the North Bank Region described GEAPP project as one of the best in the country as far as agriculture is concern, noting that the project seeks to eradicate poverty in the country.

"It is therefore very important to have such projects that will address the issue of our farmers in this country," he said while commending the management of GEAPP through the department of agriculture for their efforts in nation building.

For his part, Ebrima Saidy, the regional director of agriculture in West Coast Region challenged the participants to utilize the knowledge gain during the training, which he said, will go a long way in helping them in the sustainability of the power tillers.