Three deserving students who recently sat to the Gambia Basic Education General Exam (GABEGE) have benefited from Gunjur Development Forum's sponsorship package. The initiative, which started last year, is geared towards enticing students to be better prepared for education.

Speaking at a ceremony held at the last Friday, Mr. Faburama Darboe, a member of the association explained that the programme started last year, aimed at sponsoring three deserving students of the GABEGE examination between aggregate 6-20 in . He said that they will continue to do so every year.

The sponsorship package, he added, includes payment of tuition fees and book bills. He also disclosed that the GDF would continue to pay the fees for the deserving students, depending on their performance.

According to Mr. Darboe, last year's winners have extremely done well, noting that they have also done well in this year's grade 10 examinations.

The Vice-Principal of Gunjur Upper Basic School, Mr. Sulayman Jobe expressed gratitude and appreciation to the sponsors. He said the scheme is a form of motivation for students to work hard. He added that it would also help the school to achieve their long-term dream of producing aggregate 6.

According to him, despite his official duties there are hopes that aggregate 6-10 will be produced in his school. He finally advised the winning students to take it as a challenge to keep the flag of their school high.

In a related development, the Proprietor of Sheikh Hatab Memorial Islamic Nursery School in Gunjur, Mr. Ahmed Manjang, in collaboration with Project Aiding Gambian Education and Natural Talent (PAGEANT) has formed and sponsored a Mothers Club Association consisting of only ladies in Gunjur.

At a presentation ceremony held in their school last Sunday, Mr. Manjang commended the women for their stand in supporting children in school.

He said only D9, 000 fund had been allocated to the association, which is to be shared among six people, by instalments in six months at D250 per month without any interest rate. This, he said, will revolve within members to help capacitise them to meet the needs of their children.

For her part, Mrs. Pippa Howard, the sponsor of the project said the project is for ladies and the money is donated by ladies in the UK. She said this is with the view to empower and capacitise women in respect of their stand in not only the welfare of their children but also the well-being of the community at large.

According to Mrs. Howard, a similar project is ongoing in Niumi Sikka where 15 groups have already taken their turns. She called on the first beneficiaries to be loyal and honest to the club for others to also benefit from the fund.

Mrs Binta Jammeh, the Secretary-General of the club delivered the vote of thanks and expressed their appreciation. She also assured the sponsors that the money would be put to good use and will be paid on time. 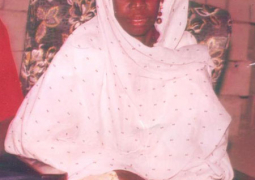 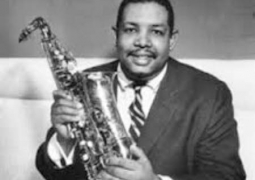