The conference was held to share with the press its latest development of constructing a new building (yet to be launched) that will serve as its headquarters for many years to come and to inform its members to come and renew their membership in the wake of another year.

In his statement, Almamy Taal, CEO of GCCI, said the session was about information sharing as regards their new office and since the press are partners of the chamber they would like to inform them about their activities as well.

He also used the opportunity to call on their members to come forward to renew their membership with the chamber.

The new building, called “Kerr Jula”, is strategically located on Bertil Harding Highway Bijilo. The chamber’s a new website, to be always visited by people for the latest information on business and about the activities of the chamber, is: www.gcci.gm.

Mr Taal also stated: “Business in The Gambia is in languages and that’s why calling this place “Kerr Jula” will make all the business people feel that they have a home and that they can come in as well and join.”

The chamber also believes that public private partnership is key, the GCCI CEO says, adding that they will be reaching out to the interior parts of the country to talk to the local government authorities about the chamber.

He also stated that more than 200 companies are registered members of the chamber, but are all based in greater areas, saying they want to be seen as the voice of the business community in The Gambia.

“We are hoping that the rebranding will help our members take ownership of the chamber,” he added.

He further stated that “doing business in The Gambia is much easier than anywhere in the world”.

In her statement on the occasion, Beatrice A. Prom, Manager of Corporate Services at GCCI, said she would like to appeal to everyone to come and renew their membership, while also urging non-member businesses to come on board as well.

“If you have a registered company in the country you can register with us,” she said.

In her speech on the occasion, Sarata Konateh, Manager of Business Development at the Chamber, said the significance of “Kerr Jula” is to make the business people feel that the chamber is here for them.

For his part, Pansaw Nyassi said the new GCCI headquarters is the home of the entire business community in The Gambia, which is why they did choose a name “common to all, which is ‘Kerr Jula’”. 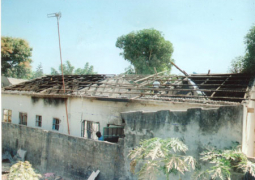 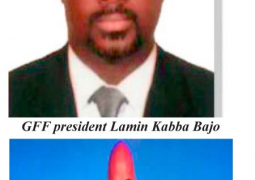