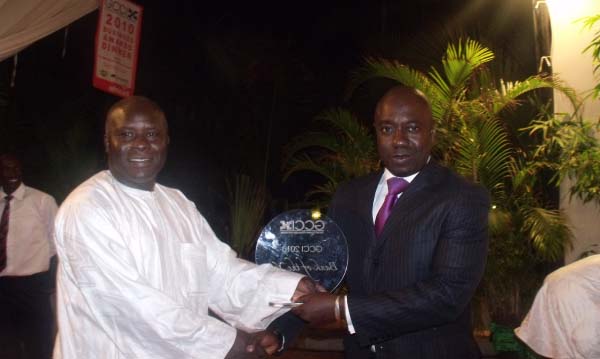 The prestigious annual Gambia Chamber of Commerce and Industry (GCCI) business award dinner 2010 was Friday held at the Coco Ocean Resort and Spa.

Geared towards recognizing the contributions of great men and women in the private and business sector towards the socio-economic development of The Gambia, this year's award was held on the theme: "Promoting Agriculture for Economic Growth and Socio Economic Development."

Organised by the GCCI in its quest to have a vibrant, dynamic and innovative private sector as a form of recognizing and rewarding excellence, creating room for competition and creating an avenue for the business community to interact, the awards also seeks to draw public attention to the role of the private sector and realize the innovativeness of entrepreneurship in the private sector.

Also awardees were GHE Garden Centre, who went away with the SME of the year award; Isha Njie as businesswoman of the year; and Hamidou Jah as businessman of the year, while the GCCI President's award went to Gampetroleum.

In a statement read on his behalf by Hon. Abdou Colley, minister of Trade, Regional Integration and Employment, President Yahya Jammeh underscored the importance of the theme, which he said will mark the beginning of a strong private sector response to his call to join the crusade in ensuring food security and food self sufficiency for The Gambia.

According to President Jammeh, choosing this year's theme symbolizes a response from the private sector to answer to his call to go back to the land.

"For the past years, the world economy has been experiencing a series of crises. It starts with the food crisis, then the financial crisis and what it is all these telling us is that if you don't have food on the table for your people nothing else counts," he stated.

He added that for an economy to grow, and for a country to develop faster, "we need a vibrant and proactive private sector, a private sector that is willing and ready to take risk".

"We will continue to encourage Gambian entrepreneurs to work hard," he declared.

President Jammeh challenged the private sector to do more, while urging them to meet and share experiences with their Indian counterparts who are currently in the country to explore business opportunities.

GCCI president Bai Matarr Drammeh in his speech emphasized the importance of agriculture to the economy, stating that agriculture is crucial if we are yearning for food security and development.

He stated that the award ceremony is an opportunity for businesses to find out what other players in the field have to offer, and how they are contributing to the development of the Gambian economy.

He revealed that this year's proceeds from the award will be used for the completion of the the GCCI resource centre.

"GCCI as an apex body for the Gambia private sector has been in existence for 43 years now, and key among our services to the members are the organization of national trade fairs, facilitation of business networking and organization of local and foreign trade mission," he noted.

According to him, one of GCCI's major objectives is looking for innovative ways and opportunities to enhance economic development, and also to guarantee success and sustainable growth of the private sector through the facilitation of business partnerships between foreign and Gambian businesses. 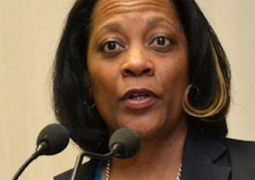